I Have Removed Your Iniquity 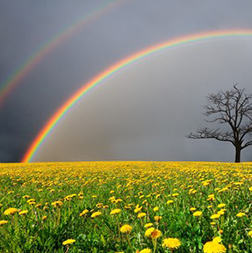 Pardon me, but I do not favor sloppy clothing for a Jew. It seems clear that Hashem wants us to dress with dignity: “Know before Whom you stand. And on account of this you will merit the life of the World to Come.” (Berachos 28b) The ultimate example of dressing with dignity are the kohanim (priests) who minister before Hashem in the Holy Temple, may we see it soon in our day! Their begadim (clothing), which are the subject of this week’s Torah Reading, elevated the souls of the kohanimand those who saw them. We need elevation now so that we do not sink further into the pit which surrounds us, and this is consistent with the events of Purim. Amalek is waiting to destroy us. The pit of destruction is gaping before us. Shaul Hamelech (King Saul) was regal, but he slipped through excessive compassion when he “took pity on Agag, the best of the sheep and cattle … and all that was good, and they did not destroy them.” (I Samuel 15:9) Today, surrounded by “all that is good,” we are sick from the poisoned candies our enemies are offering us, the lavish banquet which resembles the feast through which Achashveros almost destroyed our ancestors. Recently, the (supposedly friendly) government of the United Kingdom introduced regulations which would force yeshivos to teach subjects antithetical to Torah. These regulations would literally destroy the educational system. This, of course, reminds us of recent existential threats from the State of New York and is a direct attack on Torah itself, the core of our existence. “Remember what Amalek did to you on the way, when you were leaving Mitzraim!” (Deuteronomy 25:17) Was it long ago, in the forgotten past, that Amalek struck those who “did not fear G-d?” No! It is today! Do not be surprised if the surrounding culture turns against us suddenly. We have contracted this terrible illness in which we have come to believe that their culture is our culture. My friends, we have to wear the begadim! We have to dress, spiritually and physically, in holy garments so that we are fit to minister to the Lord of the Universe in the Holy Temple. Please forgive me, but we have to remove the torn jeans, sneakers and baseball caps so we look like kohanim, because we are in fact “mamleches kohanim … a kingdom of ministers and a holy nation.” (Exodus 19:6) “Yehoshua was dressed in filthy garments …. [The malach] spoke … to those standing before him, saying, ‘Remove the filthy garments from upon him!’ Then he said [to Yehoshua], ‘See, I have removed your iniquity from upon you, and dressed you with clean attire.’” (Zecharia 3:3-4) The lands of our Exile are ejecting us now; it is time to shed our foreign garments. “Shake off the dust! Arise! “Don your splendid clothes, My People, through the son of Yishai ha Lachmi (the father of King David)!” (Lecha Dodi) One world is dying and a new one is dawning. “In the evening one lies down weeping, but with dawn … a cry of joy! …. What gain is there in my death, when I descend to the Pit? … Hear, Hashem and favor me …. You have changed … my lament into dancing; you undid my sackcloth and girded me with gladness …. I will thank You forever!” (Psalm 30)