The Courage of Noach and Avraham Avinu 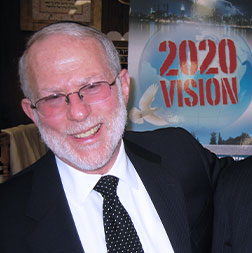 I find it difficult to take a stand in front of people who disagree with me.

Chazal tell us that a shy person will not learn (Avos 2:6). In other words, if I am going to look ignorant by asking a question, I will not ask. The yetzer hara tries tells us we have to protect our reputation. After all, “I might embarrass myself!”

Why are we afraid to be different?

My father used to say, “Don’t have a sheep mentality!”

Well, Am Yisroel, let’s face it. We are different!

We are “Am levadad yishkon … a nation alone.” We need to ask Hashem for strength to be ourselves. We cannot afford to be afraid. If we are afraid, then we will, G-d forbid, cease to exist, because we are by nature different from every other nation!

For example, Hashem “did not give [Shabbos] to the nations of the lands, nor did You make it the inheritance … of idol worshippers…. In its contentment the uncircumcised shall not abide.” (Shabbos Shemoneh Esreh)

Dovid Ha Melech teaches us about fear of others when he says, “Hashem is with me. I have no fear. How can man affect me?” (Psalm 118)

But acquiring this attitude takes work.

This week and last week, the Torah has presented us with monumental heroes who were not afraid to serve Hashem, even in the face of worldwide ridicule. I hope that we can appreciate the courage of Noach and Avraham Avinu. The world has literally survived because they summoned up the strength to follow derech Hashem, even when they were entirely alone.

Noach was physically threatened. According to the Midrash, Hashem sent lions to protect him as he was building the Ark, because the rest of the world wanted to kill him.

Avraham Avinu’s own father tried to kill him! He was called “Avraham ha Ivri,” meaning that he was on one side and the rest of the world was on the other side. Contemporary politicians consult the polls to see which position is popular, but Noach and Avraham Avinu consulted only the Ribono shel Olam, the Ruler of the Universe.

My friends, it is appropriate to contemplate the depth of their courage. They saved our physical world and our spiritual world. We would not exist today if they had not been willing to abandon their egos and listen to the voice of Hashem.

Today’s world resembles the world in which these great men lived.

“Yaakov was left alone and a man wrestled with him until the break of dawn.” (Beraishis 32:25) The epic battle between the Jew and the rest of the world will continue until “the break of dawn,” the moment Moshiach arrives. Now the battle is heating up, as the dawn draws closer. The nations of the world sense the coming of the Great Redemption and they are making a final supreme effort to wipe out sanctity from the world.

The picture is so clear. For people who desire to follow their physical desires, to live for their appetites, there cannot be rules. The last thing they want is to understand that there is a Ruler who says, “Do not kill … Do not steal … live with sanctity … understand that your soul is eternal.”

We, the Jewish People, are the messengers who bring these words to the world, and that is why they hate us. The voice of the crowd is so loud that it reaches the heavens. This is why King David reassures us: “When the wicked bloom like grass and all the doers of evil flourish, it is to destroy them until eternity.” (Psalm 92)

Hashem is watching every move. He is unseen, but we are seen. “The voice of My Beloved. Behold, he is coming, skipping over the mountains, jumping over the hills…. I thought that I would be alone forever, but behold! He was standing behind our wall, observing through the windows, peering through the lattices.” (Shir ha Shirim, 2:8-9)

May we greet Moshiach the Son of Dovid soon in our days!