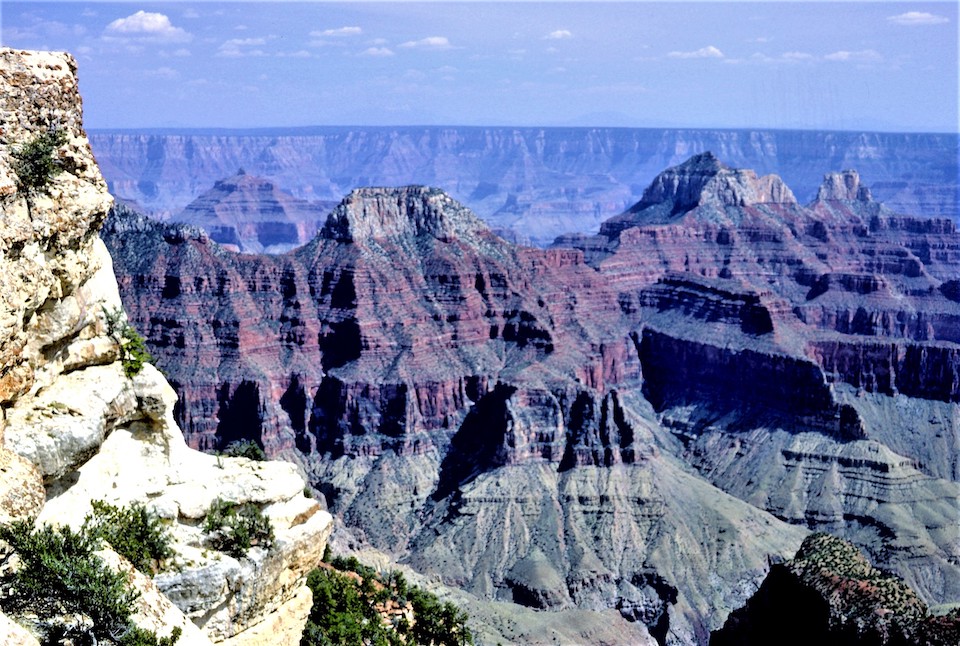 Dreams play a huge role in Sefer Beraishis, especially in the lives of Yaakov Avinu and Yosef ha Tzaddik. Dreams can offer us a glimpse of Shomayim and affect our actions in this world. Now that Sefer Beraishis is concluding and we must say farewell to our Avos and Imahos until next year, it is appropriate to tell you the story of a dream which came to a member of my family in recent days.

This Shabbos is the Eighteenth Day of the Month of Teves. Fifty-five years ago on this day, I first met Hashem! At that moment, my life turned 180 degrees. I had been running away from Hashem, and was about to run over the cliff. Just before falling, I stopped myself and drew back, contemplating the bottomless void below me.

Have you ever been to the Grand Canyon? It is a frightening place.

Imagine running through the woods and suddenly you stop! You are standing at the edge of a vast chasm. The ground has opened beneath you. You look down literally thousands of feet. (This has actually happened. More people are killed accidentally at the Grand Canyon than at any other U. S. National Park.)

A chasm opened before me. I stopped myself in shock and pulled back from certain death. Then I realized I could no longer run away from G-d. My life was falling apart. So I turned and went back to where I had come from thousands of years earlier, searching for my own past and my own heritage. Eight years later, we met Rebbetzin Esther Jungreis and embarked on a Torah life.

“The pains of death encircled me; the confines of the grave have found me; trouble and sorrow I would find. Then I would invoke the Name of Hashem. ‘Please Hashem, save my soul!’” (Psalm 116)

My wife and I dedicate the Eighteenth of Teves as a Day of Thanksgiving every year, our personal “Pesach.” On Pesach, the Children of Israel hold an eight-day Thanksgiving. This is our personal “Zman Chairusainu,” time of freedom, the anniversary of the day when we first began to extricate ourselves from the domination of the foreign culture which surrounds us and return to our own glorious heritage.

Remarkably, ours is also an eight-day celebration, because around the week of the Eighteenth of Teves, over the years, we have seen many miracles. Beginning from the Tenth of Teves, when all of Israel observes a Fast Day, miraculous events have occurred in our life during this period.

This year is no exception.

Twenty two years ago, on my mother’s first yahrzeit, our daughter Miriam had a dream in which my mother appeared. Our family received a clear message from this dream that my mother, who had grown up in a world devoid of Torah, was dwelling with serenity in the World of Truth!

Last Thursday night, the Tenth of Teves, was the thirty-fourth yahrzeit of my esteemed father-in-law, Moshe ben Eliyahu ha Levi. He was born in Glasgow, Scotland, although his father had originally come from Vilna, the famous Jewish City in Lithuania. During his lifetime, he never had the opportunity to learn Torah, but he merited to have a daughter (my wife) who has become, bli eyen hara, a paragon of Torah virtue.

Last Thursday night, on his yahrzeit, Miriam dreamt that my father-in-law came to see her. In the dream, she asked him, “Are you learning Torah?”

Please listen to his answer: “Of course, for everyone, all the time!”

My friends, let us stand in awe of the chessed of the King of the Universe!

Do you see what happens when a righteous Jew goes to the World of Truth!

In that world, there is only Torah, for Torah is really all that exists. In the World of Truth, this Holy Jew, my beloved Father-in-Law of Blessed Memory, spends his entire time engaged in the study of Torah!

Additionally, the yahrzeit of my own beloved father of blessed memory, Rafael ben Louis, who passed away ten years ago at the age of one-hundred-seven, occurs this week on the Seventeenth Day of Teves, exactly seven days after that of my father-in-law. I am sure that he also is studying Torah in the Yeshiva on High!

May their souls have an aliyah and may our lives bring blessing to them!

“Ma ashiv l’Hashem … How can I repay Hashem for all His kindness to me? I will raise the cup of salvations and I will invoke the Name of Hashem. My vows to Hashem I will pay in the presence, now, of His entire people….” (Psalm 116)May we soon greet Moshiach ben Dovid and see the day when the earth is filled with the knowledge of G-d as the sea fills the ocean bed! (Yeshiah 11:9)