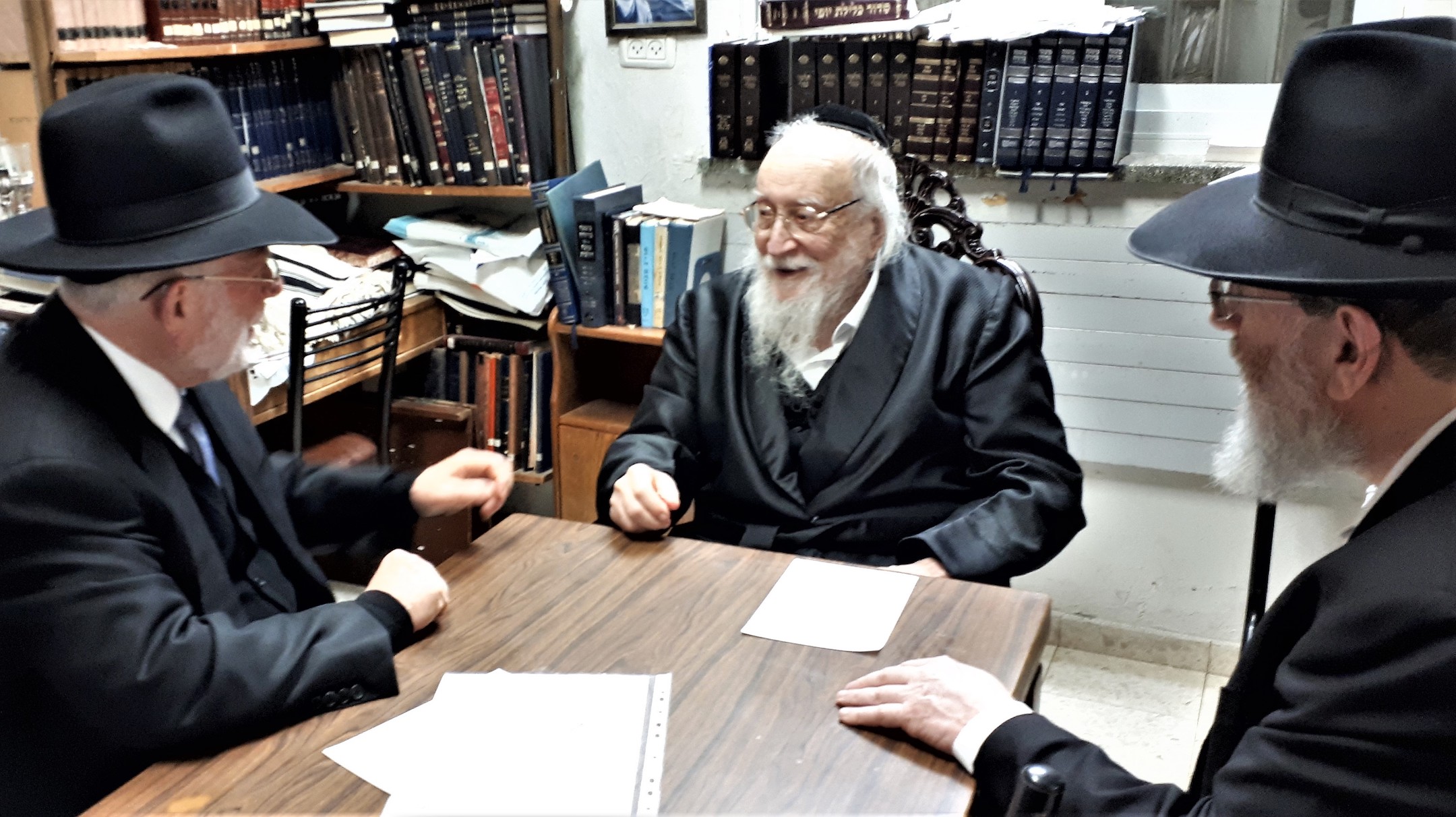 Even though Har Sinai is the lowest of the mountains, it is the eternal reference point. This is the peak we have been climbing since Beraishis.

Everything in history centers around Har Sinai. Not only is the meeting between Hashem and Am Yisroel the central focus of Jewish history, it is the central explanation for the relationship between the nations and Israel. The word “Sinai” (with its implication of “sina,” hatred) defines their attitude toward us. In the famous words of Rashi, “Halacha hi … It is a well-known fact that Esav hates Yaakov.” (Rashi to Bereishis 33:4)

Har Sinai presents us with a monumental challenge.

Every day I confront menial tasks. When I cross something off the list, I am happy, as if I have accomplished something, but the list is endless. As soon as I cross something off, new items appear. This is like the Plague of Frogs: when the Egyptians would hit one frog, it would split into countless others! You think you are getting somewhere, but it is a trick of the Satan, the Yetzer ha Ra, the Evil Inclination.

When our Father Yaakov battled the Angel of Esav, this is what he was battling. The Angel wants Yaakov and his children to spend our lives the way Esav spent his life, drowning in the affairs of this world. “Esav became one who knows trapping, a man of the field, but Yaakov was a wholesome man, abiding in tents…. Esav said to Yaakov, ‘Pour into me, now, some of that very red stuff, for he was exhausted ….’” (Beraishis 25:27)

Esav was exhausted because of his obsession with immorality, hunting and eating red meat. Yaakov, lehavdil, spent his life elevating his soul and bringing sanctity into the world. The culmination of Yaakov’s heroic efforts occurs here in our Parsha, at Har Sinai, as Hashem presents the Torah to his children.

But Esav does not give up. Since then, he has been trying to pull us away from the Torah we received on that mountain. Esav cannot abide that we have established an eternal relationship with the Ruler of the Universe. Today, the nations of the world are mounting their last-ditch effort to detach us – G-d forbid – from our eternal heritage. They are promulgating decrees attacking Torah study, outlawing shechita, denigrating our way of life, insulting our great rabbis and trying to isolate the Land of Israel.

Har Sinai was surrounded by dark clouds, lightning bolts, thunderclaps, fearsome manifestations of power. It took a Moshe Rabbeinu, who was totally focused on his relationship with the Master of the Universe, to climb that mountain and hear Hashem’s words. As with the Kohain Gadol in the Kodesh ha Kadoshim on Yom Kippur, one stray thought would have been fatal. But Moshe Rabbeinu trained himself to focus on Hashem.

There is a fearsome storm in the world. We need to run for cover.

There is nowhere else to go.

There is so much noise in the world, so much sheker. The Angel of Esav wants us to drown in the commotion of the marketplace, the blare of the television, the shrieking emptiness. But that is not our world.

The Shemoneh Esreh ends with the bracha of peace: “Establish abundant peace upon Your people Israel forever…. May it be good in Your eyes to bless Your people Israel at every time and every hour with Your peace.” Bringing peace to the world requires huge effort, my friends, but we can strive for closeness to Hashem. We can tune out the noise. We can fight the Yetzer ha Ra. This is the biggest fight in the world, but this is what life is all about. If we listen carefully, we can hear the still, small sound.

“For a child has been born to us, a son has been given to us, and the authority will rest on his shoulders …. To him who will be great in authority and have peace without limit upon the throne of Dovid and upon his kingdom, to establish it and sustain it through justice and righteousness, from now to eternity. The zealousness of Hashem, Master of Legions, will accomplish this.” (Haftaras Yisro)

Beraishis: the Book of Genesis

Haftaras Yisro: The Haftara read this week after the Torah Portion

Kodesh ha Kadoshim: Holy of Holies in the Temple, the innermost room

Kohain Gadol: High Priest (of whom the first was Aharon, Moshe’s brother)

Shechita: slaughtering of kosher animals according to Torah Law

Zt”l: Zaicher Tzaddik Livracha, “May his memory be a blessing”