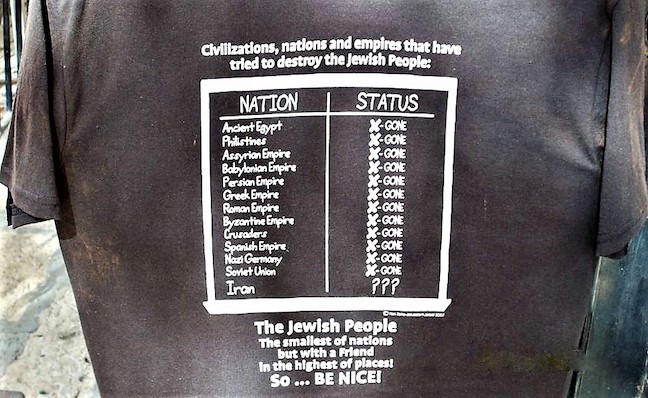 This Shabbos we usher in Chodesh Nissan. In two weeks it will be Pesach!

This is the season of our liberation from personal and national slavery. There is a reason that Pesach is in the forefront of our thoughts every day, and that is because the battle against slavery has not ended. It will be with us until Moshiach comes, and may he come soon!

The eternal lesson of Pesach is that Am Yisroel is free only when we are attached to the Ribono shel Olam, the Creator of the World, who gave us the Torah as our passport to freedom. We were saved from Mitzraim because Moshe Rabbeinu was sent to rescue us and bring us to Har Sinai, where Hashem presented us with His fiery Torah.

There is a well-known story called “The Emperor’s New Clothes,” about the king who paraded in public wearing the “new suit” his tailor had pretended to sew for him. The suit, of course, did not exist, but everyone went along with the façade except the child who saw the truth and yelled, “The emperor has no clothes!”

Today, we are witnessing the spectacle of an entire nation going insane.

Nothing can stand in opposition to Hashem’s Torah. His tolerance clearly has limits.

On the Sixth Day of Creation, Hashem made man. The Torah states that G-d created mankind “male and female.” (Beraishis 1:27) If the United States government decides that it does not accept the way Hashem created the world, then the United States has doomed itself the way ancient Egypt doomed itself. There is no getting around this.

When I was twenty-three years old I found out that, if you think Hashem does not exist then you do not exist … and vice versa. This is how I describe what happened:

“But what if G-d did exist?  Maybe then I could also exist. Maybe my existence depends on G-d. Maybe there was a life I hadn’t even dreamed about.  Maybe if G-d were alive I could be alive…. Why did my intelligence have to be the measuring rod of reality?  Maybe I did not understand and G-d did understand.  Did I have to comprehend something for it to be real?  Was I the center of the universe?  Maybe there was a reality beyond my understanding. I began to have this crazy thought: could G-d exist?”

Paro’s first recorded words to Moshe and Aharon were, “Who is Hashem?” (Shemos 5:2)

All of history is a battle between those who represent Hashem and those who want to deny His Existence. When a nation rises up and tries to cancel the Truth, then it is inevitable that it will try to enslave or destroy Am Yisroel, the Nation which represents Truth.

In the beginning of history, in the days of Noach, the Great Flood came upon the earth because the inhabitants of the world in that generation were trying to nullify the Torah. The Great Flood occurred as a result of moral degradation, as it says, “All flesh had perverted its way on the earth.” Our Rabbis tell us that “the waters of the Flood were [hot and viscous] like semen …. Rav Chisda said, they acted corruptly [by engaging] in immorality and [therefore] with boiling water they were punished.” (Sanhedrin 108b)

We are already seeing in the United States strong signs of institutionalized anti-Semitic behavior. This is consistent with the pervasive insanity that is causing an entire nation to attack the laws Hashem instituted. “In the generation that [Moshiach] the Son of Dovid will come … the entire [world] will convert to heresy …. for Rabbi Yitzchak said: [Moshiach] will not come until the entire [world] converts to heresy.”

My friends, the danger is very great and the need to cling to Hashem and His Torah is very great. We are being tested once again as our ancestors were tested in Mitzraim. Hashem will surely save those who cling to Him and His Torah, but we must be prepared – please note these words -- for the destruction of all those cultures who are battling Him. One cannot underestimate the magnitude of this upheaval.

There will come a day soon when Hashem will save the world from those who hate Him.

“On that day Hashem saved Israel from the hand of /Egypt and Israel saw the … great hand that Hashem inflicted upon Egypt and the people revered Hashem and they had faith in Hashem and in Moses His servant.” (Shemos 14:30)

This is the eternal lesson of Pesach.

May we see Hashem’s complete salvation soon in our days!