There May Yet Be Hope 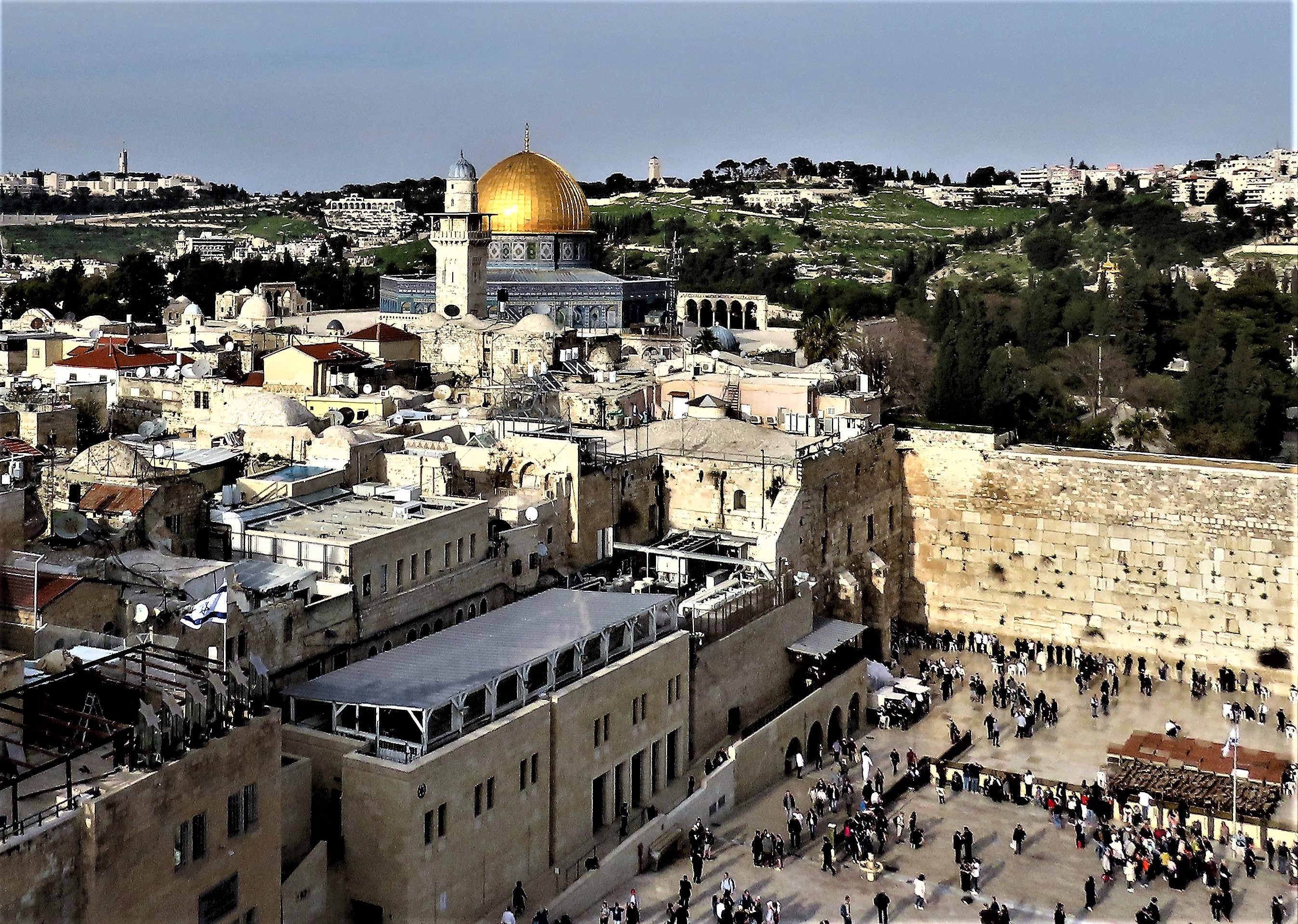 There is a place in Yerushalayim where our Bais Hamikdosh used to stand, and we are wondering: “What happened? Why is it not yet rebuilt? Why has Moshiach not come?”

My friends, it is not so difficult to understand.

Every year we read Parshas Dvarim before Tisha B’Av. This is heavy medicine.

The entire Sefer Dvarim is a step down from the first four Books of the Chumash. We now read the words of Moshe Rabbeinu, no longer the words of the Ribono shel Olam. Moshe is the greatest of all Prophets, but he is a man. So we are already a step removed from the direct words of Hashem which we heard in the previous four books.

And what does Moshe Rabbeinu tell us? “Moshe began … by reminding [the People] of the long string of sins and rebellions that marked the forty years since the Exodus. If they and their parents could sin when they were surrounded by miracles, surely there would be greater dangers” ahead, after the deaths of Moshe and Yehoshua, in the years, centuries and millennia that lay ahead. (Artscroll commentary)

These “sins and rebellions” relate to the Generation of the Desert, but they were the lucky ones! The vast majority of the Children of Israel never even made it out of Mitzraim, but rather died during the Plague of Darkness or in the failed attempt of members of Shevet Ephraim to leave Mitzraim prematurely (See Sanhedrin 92b).

Here is a nation brought up from the depths, a nation guided by Hashem, rescued from slavery, given the Holy Torah, escorted through the “howling wilderness,” provided with constant spiritual and physical sustenance and protection.

At the same time, our ancestors appear constantly ungrateful to Hashem. Moshe himself says to them, “Listen now, oh rebels….” (Vayikra 20:10) Although Moshe is faulted for his anger, it is certainly understandable, for Am Yisroel appears to be a nation of ingrates who fail to appreciate the constant acts of kindness which Hashem lavished upon them.

And we? Have we learned anything in the 3300 years since then?

Do we appreciate the kindness of Hashem, Who, after millennia of rebellion on our part, still sustains us? We say in Tachanun, “Guardian of Israel, protect the remnant of Israel. Let not the unique nation be destroyed ….” Every weekday we beg Hashem to prevent our destruction! We are in constant danger, yet He saves us!

Just last week, Ha Gaon Ha Rav Moshe Shternbuch Shlita”h was quoted as having said, “Hakadosh Baruch Hu is shaking up the whole world … before the coming of Moshiach. [As we near the Redemption] Hashem … will prove to us … that we cannot obtain a yeshua through natural means [but] that the yeshua is dependent only on Him…. Hashem is [showing us] that we … are forced to trust in Him.”

Are we trusting in Hashem?

I see in myself the same personal stubbornness, the same rebellion as I read about in our forefathers. I personally have been blessed with countless miracles and kindnesses. I am not speaking only of the fact that I am alive, that I am a Jew, that I can breathe and walk and talk, but countless remarkable, direct and clear acts of kindness from Above.

Am I grateful? Do I appreciate Hashem’s kindness to me?

I see that I am ungrateful! I complain! I constantly have to remind myself to feel gratitude to the Ribono shel Olam! In Moshe Rabbeinu’s portrayal of the ingratitude of my ancestors, I see the reflection of my own ingratitude!

But this brings us to a moment of tremendous hope!

Hope? What hope is there in this?

If we and our ancestors could be so ungrateful and rebellious over so many millennia, and Hashem has not given up on us … then surely we can trust that He will save and redeem us. We can trust that He will never forget the Bris He made with our Fathers Avraham, Yitzchak and Yaakov! If He has saved us until now – with all our rebellion and ingratitude! -- then surely He will bring us to the Final Redemption which He has promised us!

Even though we provoke Him beyond comprehension, He has not forsaken us!

“Avinu Malkainu … our Father, our King, be gracious with us and answer us. Though we have no worthy deeds, treat us with charity and kindness and save us!”

Please look at the last two brachas in Shemoneh Esreh: “Modim” and “Shalom.”

In order to reach the final bracha -- Shalom -- we have to say “Modim,” we have to express gratitude for Hashem’s overwhelming kindness. “Shalom” comes only after we express gratitude. There can be no peace in the world, my friends, until we humble ourselves and thank Hashem for all that He gives us at every moment, including life itself.

Our obstinate, rebellious behavior has not prevented Hashem from gracing us with His favor. We can learn from this that, just as He extricated us from Mitzraim after we had sunk to the forty-ninth level of degradation, so He will extricate us from this Golus.

Let’s shed tears on Tisha B’Av and beg Hashem to send the complete Redemption soon in our days. “Let him put his mouth to the dust. There may yet be hope.” (Eichah 3:29)

GLOSSARY
Bais Hamikdosh: The Holy Temple
Mitzraim: Biblical Egypt
Shevet Ephraim: The Tribe of Ephraim
Tisha B’Av: The Ninth Day of the Month of Av, on
which both Temples were destroyed
Yehoshua: Joshua
Yeshua: Redemption