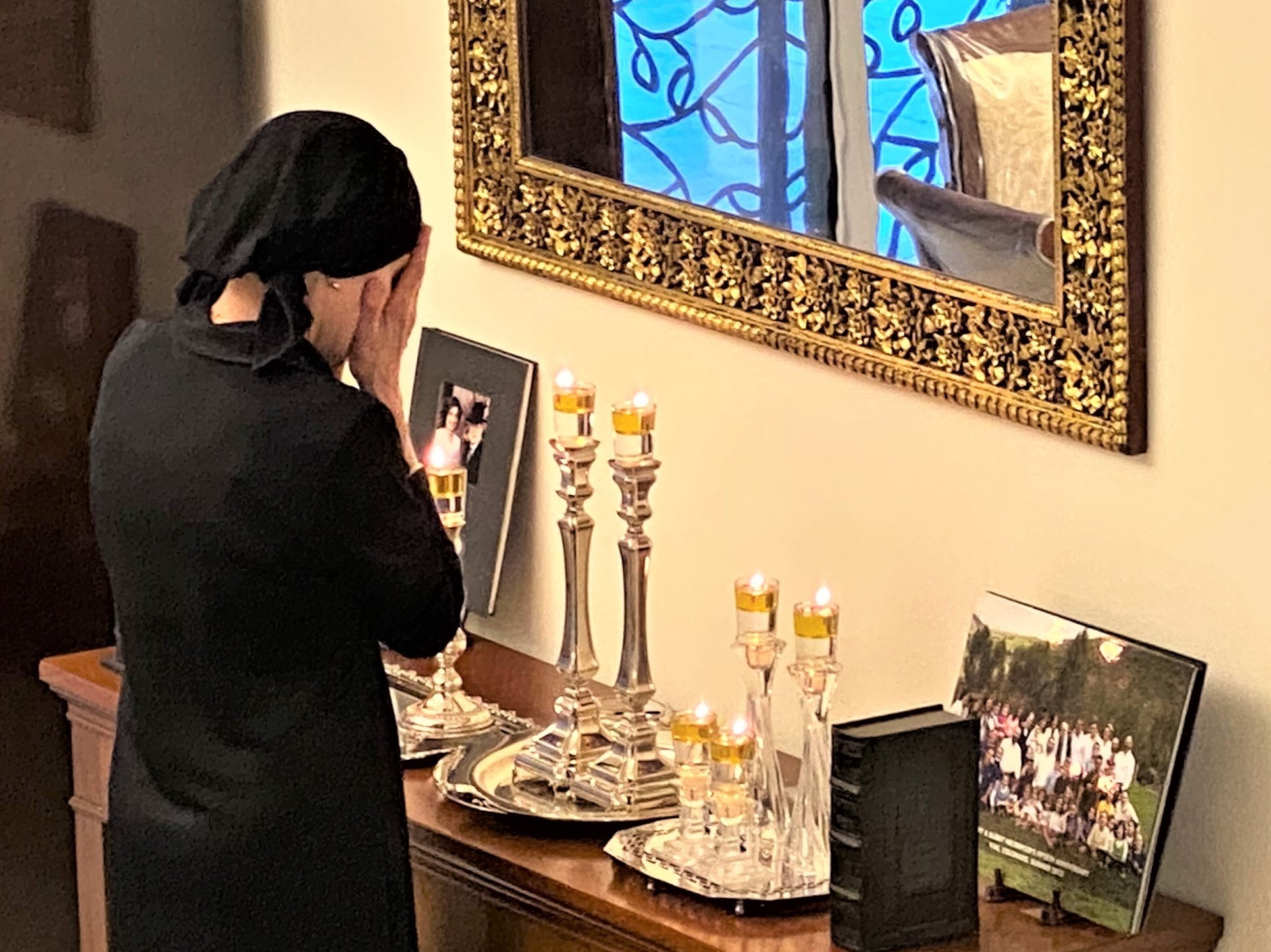 This is the week of Shabbos Nachamu, a time of comfort after the unbearable suffering of Tisha B’Av. This Shabbos, we rekindle the fire of hope within our hearts, the hope and belief that Hashem will soon wipe away all our tears. At this time, I want to present a bitter-sweet story written by a close friend of ours. It is sweet because of the magnificent person who wrote it and the incredible transformation which it describes. It is bitter because this great lady left this world in the prime of her life a few weeks ago.

She was one of the heroes of Yerushalayim, a woman dedicated to helping her people. The story of how her life intersected with our life is detailed below in her own words. I present it in her blessed memory, to inspire us all to greatness.

Please read below the words of “Anna.”

It was the summer of 1983. I hoped to convince my parents that I was “still” Jewish, so I wrote a college thesis paper entitled “Is Messianic Judaism Credible?” and gave it to my parents to read. Yisroel (Roy) Neuberger “happened” to call my father that week, in a fundraising effort for Hineni.

When my father heard Yisroel’s voice on the phone, he burst into tears. Real tears.  “Yisroel! My daughter was searching for G-d and I failed her! All my ‘Jewishness’ wasn’t enough for her! And now… now she believes in Yashka! She thinks she can be Jewish and Christian together!

”Though he said those words out loud, the pain in my father’s heart was unbearable. He could hardly continue to speak. An intellectual, analytical, successful lawyer, he was also highly emotional, and only words that sounded like wails came out now.

“She will intermarry and raise her kids to be Christians! This is the end! I knew from all those questions she was asking us about what do we believe, and who do we think was the messiah, and ‘serving G-d’— that she was either thinking about becoming a religious Jew or… it was this!”

Yisroel listened with compassion to the pain that my father was expressing, and responded by saying, “Would your daughter come to us for Shabbos?  Tell her that she is invited! She is really welcome to be with us and see what Shabbos is like.”

That same week, searching for a way to discuss the spiritual situation with my parents, whom I dearly loved, I called home and asked my mother if she and my father had read my term paper.

My father couldn’t speak to me directly; the ache in his heart and shock to his system were too overwhelming. So it was my mother who extended the Neubergers’ invitation to me, hoping that I would agree to go.

My mother said, “There is a family in Woodmere who invited you for Shabbos. They are very close to a woman named Rebbetzin Esther Jungreis, who started an organization called Hineni, and they would love to have you over.”

To my mother’s great relief, I said, “Wow, that would be great! I would love a chance to meet real Orthodox Jews who really keep Shabbos!”

It was already over two years that I had heard the “messianic Jewish/born-again Christian” take on all the Biblical verses that they claimed “proved” that Yashka was the messiah.  I had read the Bible through and through, and didn’t it say that the mitzvos were forever? So why weren’t the messianic Jews holding by that?

With the advice of Rebbetzin Jungreis guiding them, the Neubergers knew not to address my questions about the differences between Judaism and Christianity at the Shabbos table. “Let her taste Shabbos without her mind focusing on Christianity. Let her just experience the kedushah of what Shabbos is really like,” were Rebbetzin Jungreis’ words.

So it was that I experienced Shabbos for the first time in my life.

One of the most powerful turning points for me was when it was time to wash my hands before hamotzi on Shabbos night. “Ari, can you help Anna say the brachah ‘al netilas yadiim,’” Leah called to her six-year-old son, the fourth of the Neuberger’s five children.

There we stood in the kitchen, looking down to little Ari, who was looking up at me with a big smile, telling me in his melodious, sweet, innocent six-year-old voice how to pour the water on my hands and then what to say… “Baruch Atah … Elokainu Melech HaOlam, Asher k’dishanu b’mitzvasov … al netilas yadaim!”

“Wow, this six-year-old knows more about Judaism than I do at age twenty-three… I need to know more,” I was thinking. And that was the beginning of my connection with the very special, loving, dedicated, devoted Neubergers.

Three years later, the Neubergers hosted my Shabbos kallah before my chasanah in the White Shul in Far Rockaway, where they celebrated with me, my chassan, my very relieved and tremendously happy parents, and all of their extended family, at an authentic, genuine, joyous, religious Jewish wedding! And my connection with the Neuberger family continues until today, nearly forty years later!

“Anna” went on to become a holy woman in the Holy City of Yerushalayim. When she left this world, her departure caused a gaping tear in the heart of many people. Her life had brought hope and comfort to countless others. I present this as an inspiration for us all and as a merit for her holy neshoma.

Just as “Anna” brought nechama – comfort – to countless Jewish women, so may Hashem bring comfort to us as we await the day of our Ultimate Redemption, when Hashem will wipe away all our tears.