The Institution Of Marriage 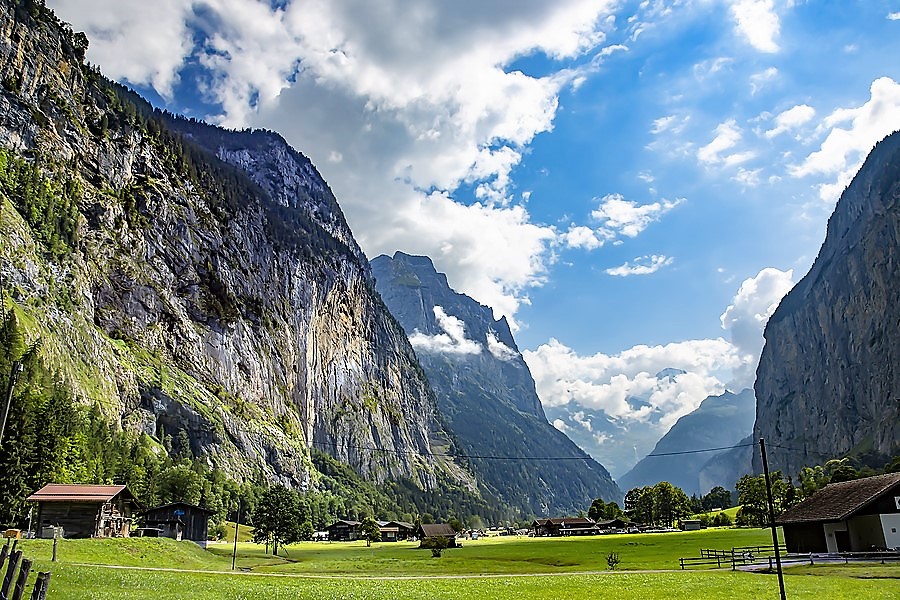 Recently, Switzerland – known as one of the world’s most conservative countries -- conducted a national referendum legalizing the deviation from the Torah laws of marriage which is currently sweeping the world. (I am intentionally being vague, because I do not even want to dignify this by describing it.)

What does that have to do with this week’s Parsha?

“It is taught in a Baraisa: the waters of the Flood were harsh [Note: words intentionally omitted here] …. Rav Chisda said: [… that generation] acted corruptly –by engaging in immorality – and [therefore] with boiling [water] they were punished.” (Sanhedrin 108b)

Yes, my friends, the world was destroyed in the days of Noah by the Great Flood, and our Rabbis tell us that this Flood was the direct result of widespread immorality, where mankind as a group rejected the way Hashem created the world. The rebellion which is sweeping our world today is exactly what caused the destruction of the world in the days of Noah!

Is the world not playing with fire? Anyone who contemplates this situation must conclude that mass rebellion against the very foundation of our existence puts the entire world in extreme danger. This is not an innocent fad; this is life and death. And if you tell me that Hashem said that He would not bring another flood to destroy the world, I will tell you that Hashem has an infinite number of ways of enforcing His will.

The first instructions from Hashem to our primeval parents concerned the institution of marriage! Can you imagine! All of creation is founded upon this institution, the unity of man and woman, who were created as “basar echad … one flesh” and who are to remain that way for as long as this world endures. This is the basic condition of man, on which all life depends. Adam and Chava (Eve) were actually one being whom Hashem split into two when He created Chava as a separate being. But man and woman are still intrinsically one; our job is to find our “other half.”

The wisest man who ever lived, King Solomon, writes this prescription for happiness: “Enjoy life with the wife you love through all the fleeting days of your life that He has granted you beneath the sun….” (Koheles 9:9)

In the words of Rabbi Samson Raphael Hirsch zt”l, other creatures, beside man, are also created male and female, “but they do not need each other to fulfill their life’s purpose. Only for the purpose of breeding, and for the time necessary, do they seek and find each other. Not so in the case of man. The woman is a part of the man …. The man is helpless … without his wife. Only the two together form a complete human being….” (Rabbi S. R. Hirsch on Beraishis 2:23)

Husband and wife are the building block of creation. There would be no life in this world if it were not for the union of man and woman, who are blessed by Hashem “p’ru or’vu … be fruitful and multiply.” (Beraishis 1:28)

Who can have the temerity to stand up against the very foundation of all life as if Hashem did not know what He was doing! Destruction of the world was really not a punishment so much as a logical consequence of their rebellion.

If you choose to ban life, then you get death. It is that simple.

And why should it not happen again?

The world has to contemplate the consequences of our actions.

My friends, we have a “shidduch crisis” today and we also have so many cases of marriages running into difficulty. What are we going to do?

When two people get married, they have been blessed from the beginning of their lives. They are predestined for each other. The “shidduch crisis” and the attack on the institution of marriage are two sides of the same coin. How many people have taken themselves out of the marriage arena when they decide to join this rebellion? The one who decides he or she will not marry is the same one who is leaving his or her destined partner in the lurch!

Our job is to contemplate the great Institution of Marriage through which Hashem founded the world. The world is built on marriage. If we view it with the seriousness it demands, then perhaps Hashem will have mercy and help us.

In Gan Eden, before Adam and Chava ate the fruit which was forbidden to them, they lived in a world of innocence. Sin was not known in that world. Then, Chava began to think that perhaps she had a little better idea than Hashem. Perhaps, she thought, Hashem was not completely trustworthy to run the world He created. At the moment of their rebellion, Adam and Chava suddenly knew they were naked. They were embarrassed.

When you are innocent, you are not embarrassed. Rebellion against Hashem destroys tranquility. The sin which occurred in Gan Eden is what is destroying our world today. In the words of Rabbi Hirsch, “The story of the first sin is the story of all subsequent sins.” (Beraishis 3:1) When we return in teshuva to Hashem, we will no longer be embarrassed.

Which is the final bracha in Shemoneh Esreh? “Shalom … peace.” That is our crowning achievement, after everything else has been accomplished. Do we want peace among men, peace among nations, peace between the warring factions of our own mind? Well, the recipe is teshuva, coming home to Hashem. There we will find peace, and we will once more return to the Garden of Eden.

May it be soon in our days!