Every Grain of Sand is Different 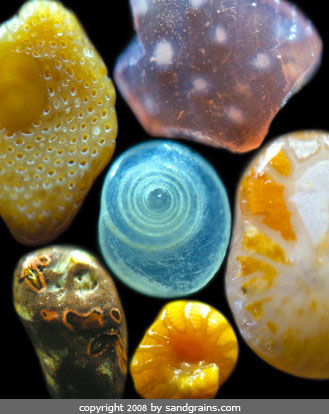 On the seventh day of the month of Cheshvan in the Land of Israel, we insert the prayer for rain into the Shemoneh Esreh.[1]

On that very day this year, rain fell in the Land of Israel!

“Af bri is designated as the name of the angel of rain, to thicken and to form clouds, to empty them and to cause rain .… In the merit of the faithful Patriarchs, protect the ones who pray for rain….” (Prayer for Rain, said on Shemini Atzeres)

We weak human beings need constant reminders that Hashem is looking out for us every second, and this was a reminder. In all other countries, “rain” is “natural.” It either does not rain, as in desert regions, or it rains all the time, as in England.

But in Israel, nothing happens “naturally.” Everything depends on our tefillos and our behavior. If we live according to the Torah, we will have blessings. This is as clear as day to anyone who says the Shema: “if you continually hearken to My commandments … then I will provide rain for your land in its proper time ….”

People invent complicated stratagems for success, when the formula is right here in black and white. If we keep the Torah, then everything will be good for us. We will have rain in the right time; we will harvest abundant crops; our families will be healthy and we will have no enemies.

Why do we continually want to believe that we have better ideas than Hashem?

What do we want? To fail? To suffer?

In fact, we hurt ourselves by rebelling against Hashem and His Torah.

We learned this from our mother Chava (Eve) in the Garden of Eden. She had everything, but it wasn’t good enough for her. So she followed her own ideas and she wound up with endless pain, for herself and her billions of descendants to this very day. In the words of Rabbi Samson Raphael Hirsch zt”l, “the story of the first sin is the story of all subsequent sins.”(Beraishis 3:1)

Our Father Abraham was exactly the opposite. He reversed the trend. He brought healing into the world and began the trek back toward the Garden of Eden from which mankind had been expelled. The Children of Israel – that means “us!” – who descend from him, have the mission of returning mankind to the condition of perfection with which Hashem created the world.

Last week I wrote about Avraham Avinu’s heroic life, how he single-handedly opposed the entire world and spoke openly about the greatness of Hashem, the Creator and Ruler of the World. I wrote about the Akeida,in which Avraham Avinu was willing to bring his son Yitzchak as a korban. Hashem prohibits human sacrifice, but He was testing whether Avraham would listen to His word under the most painfully difficult conditions. Avraham Avinu passed the test, despite his own conviction that Hashem would never command him to sacrifice his son.

“And Avraham looked up and saw – behold, a ram! … caught in the thicket by its horns. Avraham [brought] the ram … as an offering instead of his son.” (Beraishis 22:13) The korba-nos/Temple sacrifices were instituted as such a substitution. We, the children of Israel, should really be offered up as sacrifices to atone for our sins, but Hashem in His infinite kindness allows us to bring a substitute by which we can wipe away the effects of our sin.

Oy, what we have lost with the destruction of the Bais Hamikdosh! What have we done? We have caused our own suffering! And we have destroyed the means by which to alleviate and even eliminate that suffering.

Now, when we read these Parshios, is the time to beg Hashem to bring back our Bais Hamikdosh! Hashem is always listening to us and waiting to save us! He is waiting to bring the rain exactly in its season. The minute we pray with all our hearts, He is waiting to fulfill our prayers. It is all up to us.

Last week, I wrote about the blessings Hashem gave Avraham Avinu after the Akeida. He blessed Avraham that his children should “increase like the stars in the sky and the sand on the seashore.” This blessing has been fulfilled over the centuries.

I heard that every star is different. Although all stars appear like pinpoints of light from the earth, when you get closer you can see they are not alike. I thought to myself that the same must be true of sand grains on the seashore, so I looked it up and I found that I was correct. When you look at sand under a microscope, each grain is totally different in shape, color and size!

Hashem made a world of infinite beauty and variety. “Mah rabu ma’asecha Hashem … How abundant are Your works, Hashem. With wisdom You made them all!” (Tehillim 104:24) We humans have messed it up, but it is our job as Jews to restore the beauty to the world.

My friends, now – as we stand near the climax of history – we are in the perfect moment to imitate our Fathers Avraham, Yitzchak and Yaakov and return to Hashem with all our hearts. If we do that, He will soon bring us back to Gan Eden!

May we all see it soon with our own eyes!

[1] Outside Israel, this prayer is inserted in December