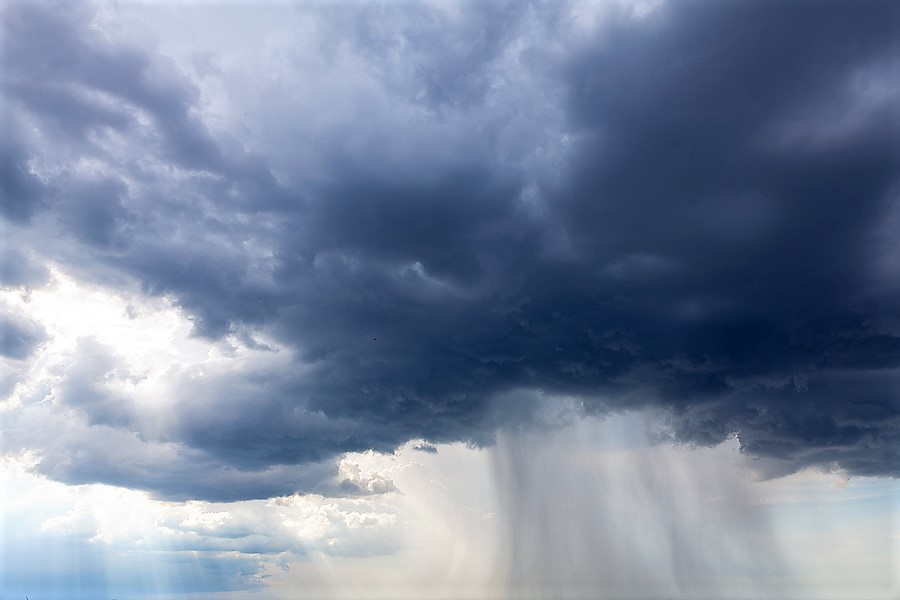 First, an update: as soon as last week’s article on “Geshem … Rain” appeared, it started to rain in Israel!

I do not attribute this phenomenon to the article itself. However, it is possible that people started praying for rain after reading the article, and perhaps these prayers tipped the Heavenly scales. In any case, the Heavens did open and torrential rains fell on Israel.

“Hodu l”Hashem ki tov, ki l’olam chasdo … Give thanks to Hashem, for He is good. His kindness endures forever!” (Psalm 118) Rainfall is compared to the resurrection of the dead.

However, we must keep in mind that this is just the beginning of the season. As we are learning in the current Daf Yomi, and as we say every day in the Shema, “Yoreh” is the first rain of the season and “Malkosh” is the later rain. We pray that they come “b’ito … in their proper time.” If we deserve the rains, they will come “b’ito.” This is just the beginning. We need much rain and we need it in its proper time. It all depends on us.

I want to add an interesting point. Our grandson, Shmuel ha Kohain Hess, told me something several weeks ago which made me feel better about the initial lack of rain. He noted that, in relation to the solar year (meaning the “Gregorian” calendar), the Jewish year is “early” this year. Perhaps the rainy season depends upon the position of the sun. That could be why the rainy season may be later in starting this year. I thought that was a fascinating observation, and it illustrates the perspective which may be gained by using one’s brains to look at the world from a Torah viewpoint.

The entire book of Beraishis is the wellspring and fountain for the entire future history of the world. There is a famous saying, “Ma’ase avos siman l’banim … the actions of the forefathers are a sign for the children.” (Ramban to Bereishis 12:6)

Our forefathers’ lives are a sign for what will happen to their children – meaning us! – through the ages to come. In this week’s Parsha we find the foundational episode of sinas chinom, causeless hatred and jealousy among the brothers, the twelve sons of Yaakov Avinu. Just as a seed of rebellion arose in Adam and Chava, which caused them to be expelled from the Garden of Eden, so a seed of hatred and jealousy caused strife and anguish among the Children of Israel, and that seed still sprouts to this very day.

Sinas chinom, unwarranted hatred, is the most tragic development in our history. This is what caused the Churban. We exist as a nation only by virtue of the Torah and the Torah was given only to a nation which is united, as it says, “like one man with one heart.” (Rashi on Shemos 19:2) Only because of that unity did we receive the Torah. Without it, we open the door to catastrophe, G-d forbid. All the tragic events of the past two thousand years happened because of sinas chinom, unwarranted hatred among the brothers.

And sinas chinom begins in this week’s Parsha among the Children of Yaakov!

OY! We must heal this now before more catastrophes come our way G-d forbid!

Do you think this is simple? If it were simple, it would have been healed long ago.

I will give you an example from my own life. The other day I told someone that we need some repair to the apartment we are renting. I said, “I have to take care of this, because the owner did not take care of it.”

My words were loshon hara! I said it! Why did I have to mention the owner?

When I realized this, I was crushed! How could I do this? I jeopardized my life in this world and the World to Come because of negative, unnecessary words about someone else. Why did I open my mouth?

I know why I said it: I wanted to look good in the other person’s eyes. For my ego, I put my eternal life in danger! We are walking on a minefield, my friends. A minefield! We need to watch every step!

In the yeshiva of the Alter of Kelm zt”l, one did not look up from the Prayer Book. A huge commotion could be starting outside the yeshiva, but everyone kept on davening.

What is the relevance to us? I’ll tell you.

Someone next to you at minyan is davening very loud or using his cell phone. He is disturbing you and others. You are angry. He is ruining your davening! You want to look at him and curse him in your heart!

But no! You control yourself! Look in your siddur and try not even to think about the disturbance. Don’t even look at him. You don’t want to know who he is. Try to concentrate on your conversation with the Ruler of the Universe. Try to tune him out!

Try to get over your anger by concentrating on the words of Torah!

(That does not mean that you cannot speak to him later in friendship and give him kind words of correction, but only if you think he will accept your words.)

Right now the nations of the world are gathering against us! We need to be united so we can be united with Hashem. As the Prophet says in this week’s Haftara, we will be powerless if we are not close to Hashem, and “the most courageous of [our] heroes will flee naked on that day … [because Yosef was sold] for a pair of shoes!” (Amos 2:6ff)

My friends, we must learn to overcome jealousy and refrain from speaking evil of our own brothers! Jealousy sows evil seeds, G-d forbid, and the rains will not continue.

On the day we become one, “Hashem will be One and His Name … One!”

We need to bring that day soon. May our own eyes see it! Then blessings will fall like rain.