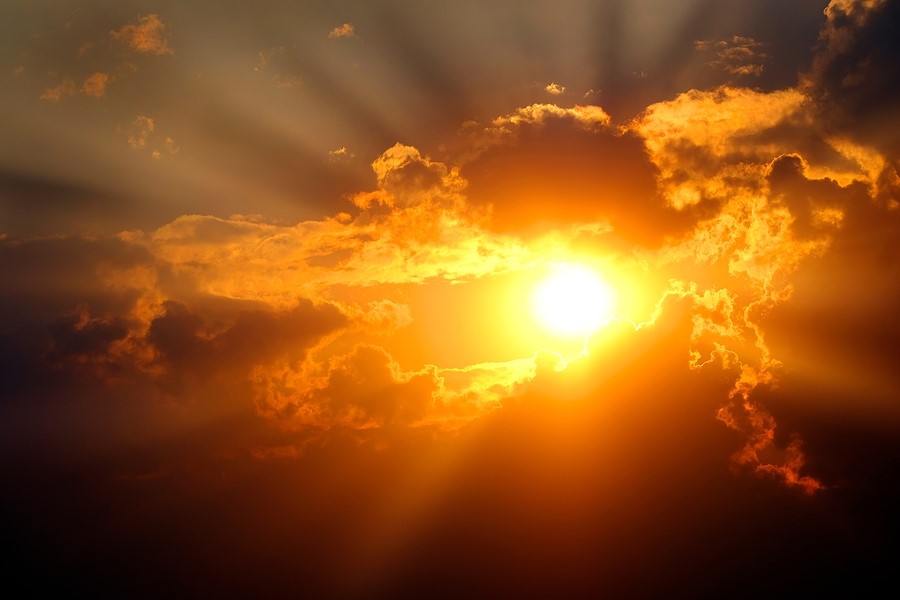 In this week’s Parsha we hear the drumbeat of Moshiach.

My friends, this is how Moshiach is going to come.

All jaws will drop. It will be so sudden, so unexpected … and so obvious!

Suddenly, black clouds will clear and brilliant light will flood the world.

Right now, our eyes are covered. Moshiach could be in front of us, but we don’t see.

We say Hallel during Chanukah, which includes this three-part statement:

“All the nations surround me; in the Name of Hashem I cut them down.

“They encircle me, they also surround me; in the Name of Hashem I cut them down.

“They encircle me like bees, but they are extinguished as fire does thorns; in the Name of Hashem I cut them down.” (Tehillim 118)

These words are interpreted to refer to the three-stage War of Gog and Magog. (Midrash Tehillim 109 as quoted in Redemption Unfolding) The Chofetz Chaim (also quoted in Redemption Unfolding) stated that the War of Gog and Magog would be divided into three parts. Please notice the words of the Psalm, which mentions three instances of “they surround me/ they encircle me.” It is my understanding that the Chofetz Chaim referred these passages to the three phases of the War of Gog and Magog, which he identified as the First World War, the Second World War (which he predicted) and the Final War.

•During the First World War, the centuries-  old structure of Jewish settlement across  Europe was destroyed.

•During the Second World War, the Jews were specifically singled out.

•The third passage mentions “bees.” On  the basis of this, the Brisker Rav explained (ibid) that our enemies would be like bees (who die when they sting), which seems to be a prediction of suicide bombing, including the events of September 11, 2001.

Thus, the War of Gog Umagog would be directed against the Jews through-out the world, and this would be the culmination of our long Exile. Each time, the intensity of the attack upon the Children of Israel becomes more focused and severe, until it is clear that the hatred of the entire world is directed against us. We cannot stop concentrating on this.

In Mitzraim, the vast majority of the Jews – amazingly – ignored Moshe Rabbeinu and were swallowed up in the blackness. We have to take this seriously as a powerful guide to the way we should behave during these dangerous times. Our lives are at stake every moment.

In Psalm 118, King David is referring to the culminating war of history, when the entire world is uniting to annihilate us, G-d forbid, as it says, “l’hashmid … to destroy, to slay and to exterminate all the Jews, young and old, infants and women.” (Megilas Esther)

What is King David’s answer to our problems?

“The Name of Hashem.” These words are repeated three times.

That is our secret.

Avigdor Miller wrote during Chanukah on the subject of Jews carrying weapons: “If you’re a man of peace and you’re not armed, you’re more likely to survive. Once you pull a knife, then you cannot tell what the other party might do. He’ll get desperate ….” (Brought to my attention by Rabbi Osher Jungreis)

Am Yisroel, the Jewish Nation, has survived history by living b’Shaim Hashem. When Yosef was in the House of Potiphar, he rose to greatness because the Name of Hashem was always on his lips. And when Paro requested that he interpret dreams, Yosef said: “This is beyond me. It is G-d Who will respond with Paro's welfare.”

Can you imagine the courage this took!

With his clearheaded brilliance, Yosef saved Am Yisroel forever.

We are unique. Hated by all the nations of the world, how did we survive and how will we continue to survive? Those who speak in the Name of Hashem are the army of Israel. The sound of Torah is the sound of battle, Am Yisroel bringing light into the world, Yaakov Avinu battling the angel until the dawn breaks.

“Ata echad … You are One and Your Name is One and who is like Your people Israel, one nation on earth….” (Shabbos Mincha).

If we go through life like Yosef, with the Name of Hashem on our lips, with the fear of Hashem in our heart and the Torah of Hashem as our guide, no nation can touch us. Through this we will be privileged to greet Moshiach ben Dovid on the great day when the dark clouds disperse and the Great Light shines upon the earth.