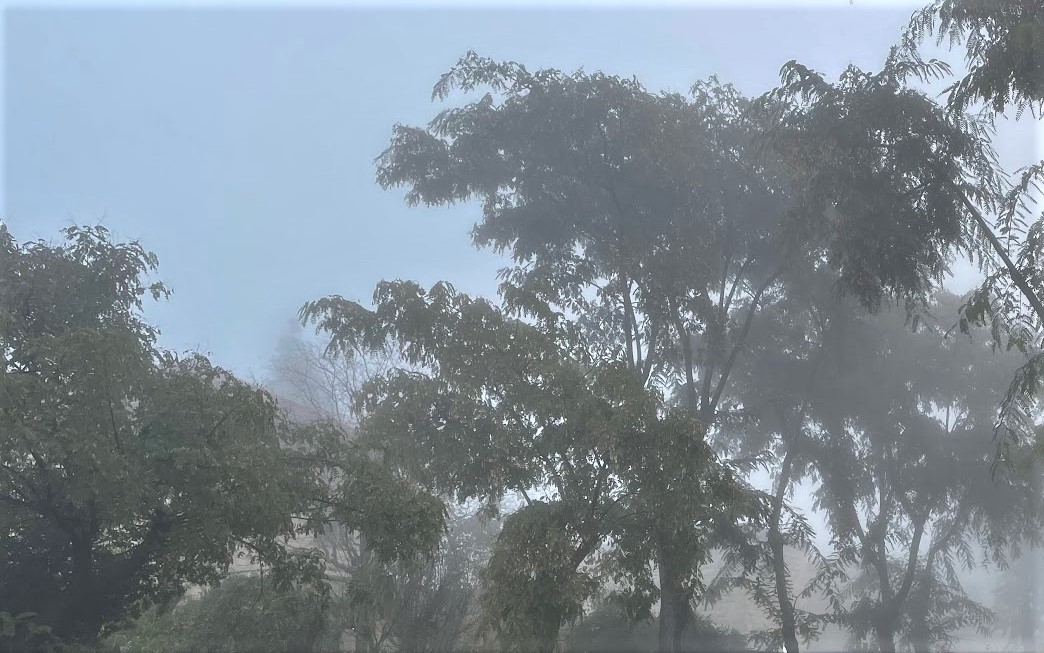 Why were these words so important?

At the Burning Bush, Hashem told Moshe to gather the elders of Israel and say to them, “pakod pakadti… I have surely remembered you.” From these words they would know the redeemer had come, because the tradition had been handed down through the generations that the redeemer would say these words. In fact, only one person among Am Yisroel knew these code words, and that person was Serach bas Asher, the granddaughter of Yaakov Avinu, who had been blessed by her grandfather with long life and was the oldest living member of Am Yisroel. She learned this code word from her father, Asher ben Yaakov. (Pirkei d’Rebbe Eliezer 48)

Exile is by nature dark, and the end of the Egyptian Exile was deep darkness. Yaakov and the Angel of Esav became coated with dust when they wrestled as a result of the dust raised by their feet. This is the dust of Exile, which obscures vision. (See Rashi on Beraishis 32:25) The Ninth Plague was itself the Plague of Darkness. The final Parsha in the Book of Beraishis is “stumah … closed,” meaning the usual separation between parshios is lacking. (Midrash Rabbah 96:1) Am Yisroel felt “closed in” by the impending slavery and suffering.

Just before his death, Yaakov Avinu wished to reveal to his sons the date of the Final Redemption (meaning the coming of Moshiach ben Dovid), but the Shechina was withdrawn from him and he was unable to reveal the information. (Pesachim 56a)

Why was Yaakov unable to reveal this information?

On a human level, I can understand this. I am not Yaakov Avinu, but I have had this experience many times. I am about to say something – and it could be very important – when my mind goes blank. I forget what I wanted to say. People tell you, “If it is important, you will remember it,” but that is not always true. Sometimes the thought leaves me forever.

For what reason did G-d prevent Yaakov Avinu from revealing the date of the Redemption?

My friends, this has tremendous implications for our own days.

“The purpose of exile is that Jews should beseech G-d and implore Him for their redemption. This will occur only if the date of redemption is unknown to them ….” If, however, the redemption [were known], “the Jews would settle down and make themselves comfortable in the land of their exile and lose their aspiration for the … Messianic Era.” This happened in Mitzraim, where “they settled themselves too comfortably …. They flourished and thrived there because they knew their redemption was not imminent. Kli Yakar remarks that we still witness Jews feeling smug in the lands of our exile. They live there as if it were home, with no thought of ever returning to Eretz Yisroel. And since they do not long for redemption and are content where they are, G-d complies and allows the exile to endure.” (Artscroll Commentary on Beraishis Rabbah 96:1)

There is a saying: “ma-ase avos siman l’bonim … the actions of the fathers are a sign for the children.” According to Rabbi Moshe Shapira zt”l, the era of “ma’ase avos,” the days which are a prototype of all future history, ended when Yaakov died. So Yaakov’s death corresponds to the time just before the Final Redemption. If that is the case, then what happened at the end of Yaakov’s life must be a sign for what will happen right before the Final Redemption.

And what happened just before Yaakov’s death? He forgot! The Shechina disappeared, so to speak, from his consciousness. His spiritual vision became clouded.

This is a sign, that, at the very end of our Exile, there will also be a be a moment of extreme forgetting, deep darkness and confusion when it will seem as if the Shechina has been completely withdrawn. We will also have a loss of leadership, as it was when Yaakov Avinu left this world. It will seem as if we are completely alone, without our Patriarchs and Matriarchs – the source of our blessings – and without the Presence of G-d.

This is precisely our situation now. It seems we are in utter darkness, without leadership, without a trustworthy guide. The seemingly inexplicable forgetting by Yaakov is really a reassuring sign from Heaven, that we, his children, will one day experience the same forgetting, and that “forgetting” will itself be a sign of the imminent Redemption. “Ma’ase avos siman l’banim … the actions of the father are signs for the children.” We seem to be in complete darkness regarding the arrival of the Redeemer, but this is in fact our assurance that he is close.

“He creates day and night, removing light before darkness and darkness before light.”

There are code words hidden away for us. May we hear them soon and see the Great Light of our long-awaited Redemption, “V’sechezenau ainainu b’shuv’cha l’Tzion …. And may our eyes behold Your return to Tzion in compassion” … soon in our days!

GLOSSARY
Mitzraim: Egypt
Shechina: Presence of G-d
Shevet: One of the tribes of Israel, the Children of our Father Jacob