Candies In the Wall 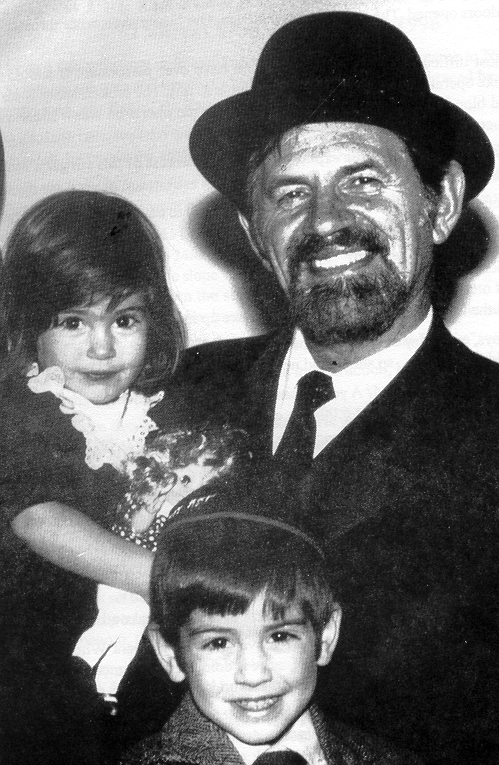 This week we read about the miracle of the “mann” which Hashem provided to our ancestors in the Desert. Through this daily miracle we lived for forty years where there was nothing to eat and nothing to drink. As Hashem says, “I shall rain down for you food from heaven.” (Shemos 16:4)

Hashem is constantly giving us sustenance. We may think it originates at the supermarket, but it originates in Shomayim. We do not always know how to express our thanks for this largesse, especially in the absence of the Bais Hamikdosh, where we could bring korbanos to the King of the Universe.

Reb Reuven is davening at the Kotel. After finishing “Aleinu” he sees someone next to him placing a kvitel in a crack between the stones. This draws his attention to the stone right in front of him, which protrudes slightly. Then he rises his eyes. Perched upon the outcrop at the top of the stone are two Bonbons wrapped in foil paper. He is about to take them off their place, because … This is so silly! Who brings candies to Hashem? Hashem needs candies!? Hashem needs bonbons!?

And then he remembers a story….

This story takes place in the days of the Ari ha Kodesh zt”l. There was a Jew with yiras Shomayim but little education. One day this Jew walks into his shul. The rav is sitting at his

shtender, going over his drasha for Shabbos. The Yid quietly goes over to the Aron Kodesh, opens it and places two challahs and a bottle of wine inside. He closes the Aron, turns and starts to leave. The rav looks up and asks, “What are you doing?”

The Yid answers, “Each week I divide up my meager earnings and buy a Korban Mincha, some wine and two challahs for Hashem. I bring them to the Aron and I leave them there. That is my korban for Him.”

The rav is furious and mocks the Yid. “That is ridiculous. Do you think Hashem is flesh and blood? He doesn’t need food. We don’t bring food to him.”

The Yid says, “But each week, when I come, the Korban is gone. He accepts it.”

The rav answers, “What are you talking about! I’m sure that the shamash, when he comes to check the Aron, finds the food, takes it home and eats it!”

The Yid is broken by these words. He turns and leaves the shul, trembling and crushed.

The Ari ha Kodesh hears about this story and writes to the rav: “It is time for you to prepare your will and tell your family that you will soon be leaving them for the next world. You humiliated this holy Yid. You broke him. You should know that, since the Churban, Hashem is left without the Bais Hamikdosh and the korbanos. The gratitude and yiras Shomayim of this Yid brought more satisfaction to Hashem than the avoda and tefilla of people with more sophistication. ‘Rachmana liba boeiy … Hashem wants the heart.’ This man’s simple sacrifice was made with all his heart; Hashem loves the offerings of the heart above all.”

When Reb Reuven remembered this story, he left the bonbons in their place and thought, “Perhaps these bonbons are of more value than my tefillos!”

When he told this story to a friend, the friend told over a story he had heard:

In the Warsaw Ghetto, there was a great rabbi on the verge of death from starvation. This rabbi constantly reviewed the teachings of the Ari ha Kodesh and was very familiar with the story of the Yid who brought the Korban Mincha. The rabbi was becoming weaker. When he saw that his neshoma was about to leave him, with his last reserves of strength, he went to the shul to say goodbye to the Sifrei Torah. When he opened the Aron, he saw two challahs inside! He washed his hands, ate the challahs and from these challahs he lived.

Last week was the Yahrzeit of Rabbi Meshulem ha Levi Jungreis zt”l, the beloved Rav of Congregation Ohr Torah in North Woodmere, husband of the late Rebbetzin Esther Jungreis, may she rest in peace, as well as the father of our son-in-law, Rabbi Osher Jungreis.

Rabbi Jungreis had a tremendous heart. He was indeed “beloved” by his congregation, especially the lonely and forgotten ones whom only he seemed to remember. He would bring challahs and wine to lonely widows, he would teach Torah one on one to children who were struggling with their studies, and he was the rabbi who visited our three-year-old daughter Yaffa in the hospital every morning before Shul when she was recovering from a serious accident. (Many years later, Yaffa became his daughter in law!) Rabbi Jungreis was Nassau County Police Chaplain, and about him the non-Jewish Police Commissioner said, “He was my bridge to G-d!”

When Moshiach comes, Am Yisroel will be one nation again, “like one man with one heart.” We can pave the way for this if we remember that, above all, Hashem desires the heart.

GLOSSARY
·      Aron Kodesh: Holy Ark
·      Drasha: Torah discourse
·      Korban: Temple offering
·      Korban Mincha: Temple offering which includes challah and wine
·      Kvitel (pl. Kvitlach): Note to a Rebbe requesting his help. There is a tradition that people place kvitlach in the Western Wall for Hashem to read.
·      Shamash: Someone who takes care of the shul
·      Shtender: Lectern
·      Sifrei Torah: Torah scrolls
·      Tefillos: Prayers
·      Yahrzeit: Anniversary of a person’s death in the Jewish calendar
·      Yiras Shomayim: Fear of Heaven
·      Zt”l: “Zaicher Tzaddik livracha,” may the memory of the tzaddik be a blessing