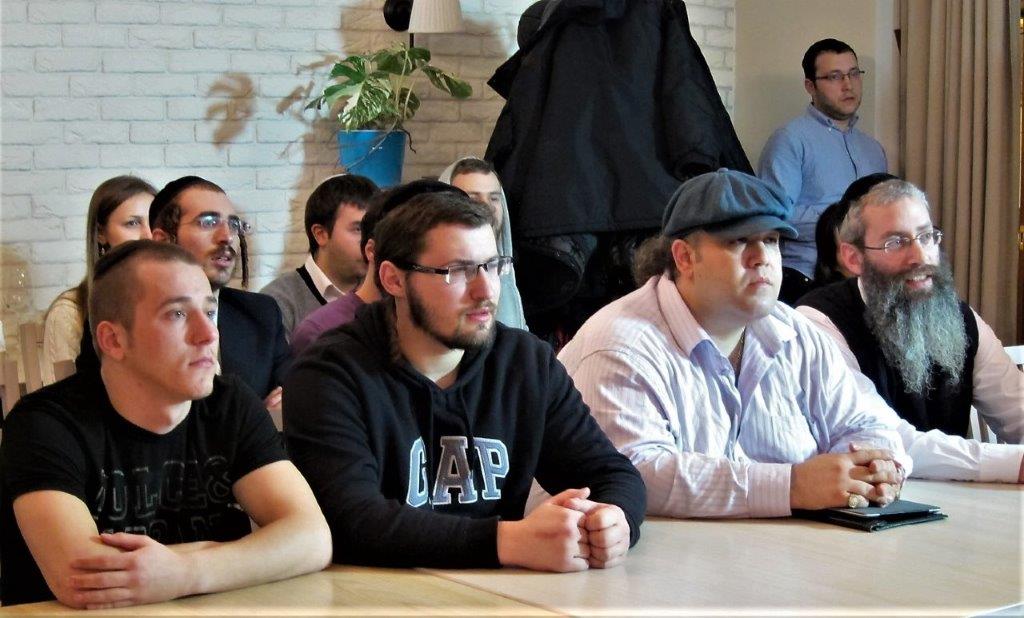 Even the English language can reveal truth in Torah.

For example, at Kennedy Airport in 1974, on our way to Israel with Rebbetzin Esther Jungreis in 1974 – our first taste of Torah life -- Zaida (Rebbetzin Jungreis’ father zt”l) told us: “What can you learn from the word ‘Israel?’”

“The entire Torah is real! Avraham, Yitzchak and Yaakov Avinu walked through the Land of Israel and all that we read in the Torah really happened!”

Next week we celebrate the Yom Tov called Purim. The Midrash (Mishlei 9) tells us that Purim will be celebrated forever, even when other things may change. This we learn from a possuk in Megillah 9:8, which says, “the memory of Purim will never cease from among their descendants.” (OU.org)

Perhaps the eternal relevance of Purim has something to do with the fact that this is the “hidden” Yom Tov, the Yom Tov during which Hashem’s Existence and Name are hidden. This seems to be the essence of our existence in this world: to find Hashem even though He is hidden. We look around and see “nature,” but within the material creation we find Hashem. As King David says, “The heavens declare the glory of G-d, and the expanse of the sky tells of His handiwork.” (Tehillim 19)

Avraham Avinu found Hashem in the world when he had no tradition of Torah to guide him. He thought about the world and realized that Hashem MUST exist. When he realized that, he looked for Him and discovered Him. We learn from him.

This is the story of Purim. If we look in the Megillah, we will find Hashem. The Megillah reveals the essence of life: finding Hashem in this world.

There are two big events in the world right now: Purim and the war in Ukraine.

Are they connected? I think so. There is a certain “siman,” a sign that they are connected.

There are two words which are almost identical: “Purim” and “Putin.”

They are almost the same word, with just two letters switched. (And, by the way, the switched letters are very close to each other: “r” and “t” is one switch, and “m” and “n” is the other switch).

What does the similarity of “Purim” and “Putin” tell us?

The story of Megilas Esther concerns a dictator named Achashverosh who ruled over the entire world. An evil man named Haman was his viceroy. The two of them seemed invincible. A decree emanating from them was unstoppable. The Jews apparently had no chance.

Yet Mordechai, who stood at the palace gate, was unafraid. He refused to bow down to Haman. He lived by the possuk, “I have no fear; how can man affect me? Hashem is with me … therefore I can face my foes.” (Tehillim 118)

Even though the world appeared black, Mordechai perceived Hashem in the darkness.

Today, in our world, we have a dictator named Putin, who seems to believe that he can destroy other people’s lives without consequences. His country is not being threatened and he cannot plead self-defense. Hundreds of thousands of our brethren find their lives ruined and in danger of destruction. They are suffering terribly.

A dictator is not a free person. He thinks he is the ruler, but he is mistaken. Hashem is the King of kings. Although Hashem is hidden, He rules His world. Everyone, including kings, is responsible for his actions. Sometimes the consequences are quick in coming and sometimes they are delayed. But they will come.

The same thing is true in the Land of Israel. People think that they are free to mistreat the Torah and the Holy Torah Jews, but they are wrong. The consequences will come.

Achashverosh was forced to reverse his evil decree; Haman and his sons were destroyed. Vladimir Putin may think he is in charge, but he is flesh and blood. He is allowed to live only because Hashem gave him life. “Rabos machashavos b’laiv ish … there are many thoughts in a man’s heart, but only the counsel of Hashem will prevail.” (Mishlei 19:21)

The dictator is a speck of dust in Hashem’s world. Mordechai knew the truth. The light of truth is always shining, and it is our job to be guided by its brightness.

That is why, to me, the similarity of the words “Purim” and “Putin” is significant.

Just as in the days of Purim, a great redemption was about to occur, so too in our own days, when the sounds of war echo throughout the entire world, we should know that a great redemption is near. May we see it soon in our days.