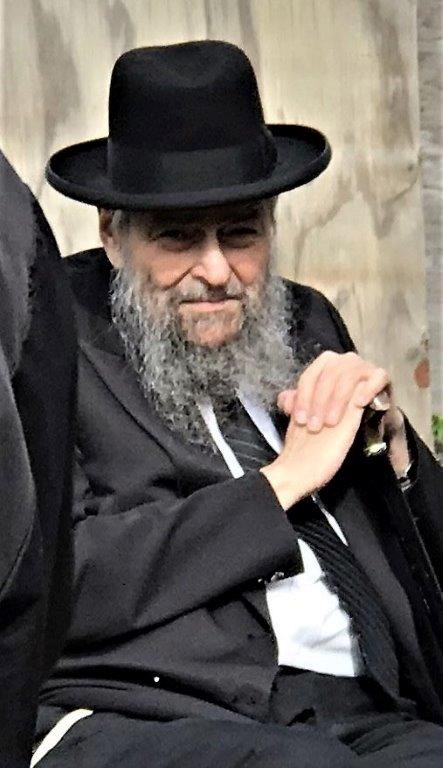 We are now in the count-down to the awesome Yom Tov of Pesach.

What is so awesome? Why is Pesach such a big thing?

My friends, if we understand this, then we can begin to understand everything.

Our ancestors were like nothings in Mitzraim. Not only were they slaves who were worked to the bone, not only were they marked for extermination by Paro -- who threw Jewish babies into the Nile or the walls of the pyramids -- it was more: they were becoming indistinguishable from the Egyptians themselves, part of the degraded culture of idolatry and mindless cruelty which prevailed within the sealed borders of that powerful empire.

But something happened to change all this. Because we were descendants from patriarchs and matriarchs who had discovered the Existence of the Ruler of the Universe, we were different from every other nation on the face of the earth. We as a Nation were attached to Hashem, destined to play a unique role on the world stage.

Pesach is when it happened. This is the moment when we were transformed from spiritual and physical slaves into an exalted nation that would forever serve the Master of the Universe and live according to His exalted laws.

We mention our liberation from Mitzraim every day of the year, but this is when it happened, and the accompanying miracles were such that the world never saw such things before or since. Pesach is the re-enactment of these awesome days, when we recreate this moment within ourselves and prepare for the Great Redemption which is surely imminent.

The Final Redemption of the Jewish People is going to be a replay of those awesome days, but on a worldwide scale, much greater in magnitude than Mitzraim, and we are the players in this epic drama.

I was zoche to daven this past Shabbos at the Yeshiva of Far Rockaway and hear the words of the venerable Rosh Yeshiva, Rabbi Yechiel Perr, may he be healthy and strong and live long! Rabbi Perr spoke with great courage, discussing the passage in Parshas Shemini which describes the four species of animal which exhibit only one out of the two kosher signs. The last of these four species mentioned is the “chazir … the pig.” (Vayikra 11:7)

Rabbi Perr had the courage to say that this surrounding culture is now disintegrating before our eyes, taking with it every aspect of the life to which we and most of the world has become accustomed over the past two millennia, since the founding of the Church which is based on this falsehood. Rabbi Perr stated that it is difficult and even frightening to see the disintegration of the world in which we are living.

Why does this take courage? And what is so frightening?

My friends, I am sorry to say that we don’t want to see this.

We don’t want to admit to ourselves that our precious, luxurious world is about to disintegrate. Oh yes, it will be replaced by an infinitely greater world, a world of Truth and ruchnius and purity, but it will not be the world of Edom any more, the world of the chazir lying in the filth and sticking its paws in the air.

My friends, it is tragic, but we are hanging on to that world.

THAT IS WHY MOSHIACH IS NOT HERE YET.

A reader of this column told me that she is frightened by what is going on in the world. Yes, my friends, it is frightening to witness our entire world disintegrating … with chaos threatening on every side! That is what Rabbi Perr was alluding to.

The answer is to be found in Mitzraim, in the awesome holiday of Pesach!

The answer is in the pages of the Haggadah which we read at the Seder Table.

The answer is to be found in the Torah, which describes the entire saga of our People. Hashem saved us in Mitzraim, when Mitzraim was disintegrating!

That is the bottom line! Hashem saved us because we clung to Him and His servant Moshe.

“I shall go through the Land of Egypt on this night and I shall strike every firstborn in the land of Egypt [but] when I shall see the blood [on your doorposts] I shall pass over you. There shall not be a plague of destruction upon you when I strike in the Land of Egypt.” (Shemos 12:12ff)

Hashem promised our ancestors and He promises us that He will save those who cling to Him and His Torah when the surrounding idolatrous culture is destroyed. Then we will be freed from that empty, idolatrous, brutish culture and enter the exalted world based upon Righteousness and Truth and the Word of G-d.

My friends, it is happening now, all over again, but this time on the World Stage. The surrounding culture is in the process of self-destruction just as the world of Mitzraim destroyed itself by rebelling against the word of G-d.

If we follow the example of our ancestors who obeyed Moshe Rabbeinu, the Prophet of G-d, and the Torah that Hashem gave us at Har Sinai, then we will also see – as our ancestors did -- a new and purified world, a world of peace and Truth, and we will meet our King Moshiach and see the Bais Hamikdosh and live a life which is forever blessed.

This is the glorious promise of Pesach! May we see it fulfilled soon in our days!