All of It has turned White 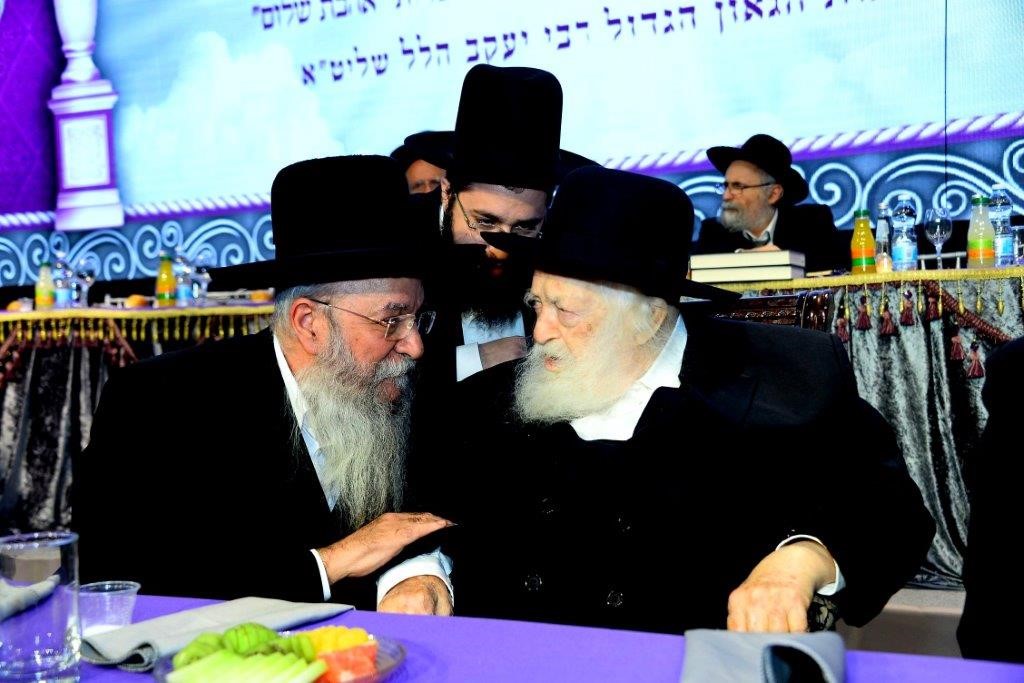 Last week we read a passage in the Torah which stated, “The Kohain shall look and, behold, the affliction has covered his entire flesh. Then he shall declare the affliction to be pure. All of it has turned white, it is pure.” (Vayikra 13:13)

This possuk refers to tzaraas, the affliction through which certain sins, noticeably loshon hara, is manifested on the body of a person, and even on his clothing or the stones of his house.  This is perhaps the most puzzling possuk in the entire discussion, because it seems to defy logic. If one has tzaraas, then he is tamei, and he is banished from the community until he has been cured. But if he is completely covered? Wouldn’t you think that is the most serious case?

But no! The possuk says that, if he is completely covered by tzaraas, then he is declared to be pure! This is illogical and counter-intuitive.

The Gemora discusses this possuk: “Rabbi Yitzchok said: The Son of Dovid (Moshiach) will not come until the entire kingdom converts to heresy. Rava said, What is the verse [which indicates this]? ‘All of it has turned white. It is pure.’” (Sanhedrin 97a)

This is an amazing concept! What does it teach us?

I believe that it can be compared to a concept that we know very well. There is a saying that the darkest part of the night is just before the dawn. Somehow, redemption always comes at the very bottom. In Ancient Egypt the Children of Israel did not leave until they had sunk to the forty-ninth level of impurity. One more second and they would have been lost forever in the quicksand of Egyptian spiritual pollution.

As I have said before, I feel my own life echoes that. On January 10, 1966, my own world was about to blow up. I believe I had reached the bottom. Either the next second would bring destruction, G-d forbid, or I had to bounce upward from the bottom. That was the second when I first admitted that I needed G-d, and that is when everything changed.

I believe this all has to do with the idea that when the affliction covers the entire body, when things are at the absolute bottom, that is the moment when either disaster or redemption comes.

Because that is the moment when you cannot lie. You know that you are completely lost. There is no playing games at that point. You either have to change yourself or go under forever. That realization can jar a person into seeing the truth.

The world we live in is rapidly approaching that point. We are reaching the moment of no return. The empty culture which has dominated the world since the destruction of the Second Temple has just about run its course. We have the choice: either we can withdraw from that empty lifestyle or suffer the fate – G-d forbid – that it suffers, the same fate the culture of Mitzraim suffered in Biblical Times.

I am not talking about becoming hermits and refusing to use electricity or indoor plumbing. No, I am talking about our BELIEF in this culture. Are we prepared for the total disappearance of the culture of Yishmoel/Edom? This is a tall order, my friends, but there is a way, and the Torah tells us what it is.

Last Shabbos we read in the Maftir what Hashem told our ancestors in Mitzraim. “I shall go through Egypt on this night, and I shall strike every firstborn in the land of Egypt, from man to beast, and against all the gods of Egypt I shall mete out punishment. I am Hashem. The blood shall be a sign for you upon the houses where you are. When I see the blood, I shall pass over you. There shall not be a plague of destruction upon you when I strike in the land of Egypt.” (Shmos 12:1-20)

Hashem told us to go inside our houses and surround the doorways with the blood of the bris milah and the Korban Pesach.

What does that mean?

Recently the Saar ha Torah, Rabbi Chaim Kanievsky zaicher tzaddik livracha, was taken from us. What was the basis of the influence of this worldwide tzaddik and Living Sefer Torah? He was not a rosh yeshiva. He was not a speaker. He sat in his home completely enveloped in Torah. And the world came to him!

Why did the world seek him out? Because he was the purest of the pure. He was Torah. That’s all there was, just Torah. And Torah is life. Unless I am mistaken, this seems to be what Hashem was telling our ancestors in Mitzraim:

·      Don’t go out into the enemy territory outside your house.

·      Do not immerse yourself in their pollution.

·      Sit among your seforim in purity and become one with Torah.

There is no other protection, my friends.

Nothing in Egypt and nothing in our own days.

This is our one protection as we approach the Day of Redemption.