He Sends the Dew to Revive Us 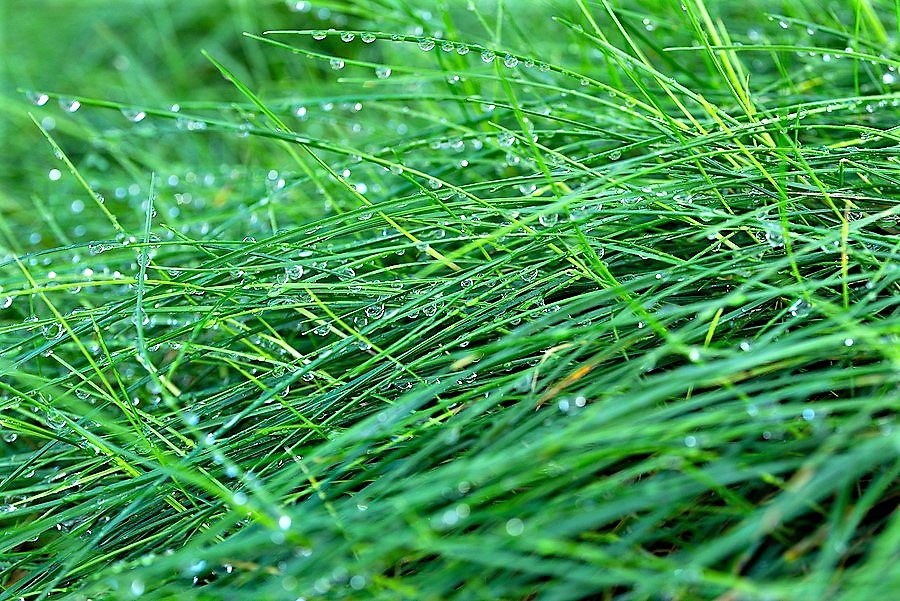 Do we believe in techias hamaisim … resurrection of the dead?

Do we believe in dew?

The appearance of dew is likened to the resurrection of the dead.

“Techias ha Maisim … resurrection of the dead” is the second bracha in Shemoneh Esreh. Here in Israel we say, from Pesach to Sukkos, in the midst of that bracha, “morid ha tal … He makes the dew descend”.

While we are sleeping, the dew appears as if from nowhere, bringing life to plants which would otherwise die of thirst. In the Seventh level of heaven, there is something called “the dew that Hashem is destined to use to resurrect the dead” at the end of history. (Chagigah 12b)

“I believe with complete faith that there will be a resurrection of the dead ….” (Rambam, Thirteen Principles)

Why is resurrection merciful?

Think about it! It is so clear! If the dead will be resurrected, then death loses its power! If our soul is eternal, no one can do anything to us. We are beyond everyone’s power! No one can touch us! Even if we are killed – G-d forbid – we are not dead.

“My G-d, the soul You placed within me is pure. You created it, You fashioned it, You breathed it into me. You safeguard it within me and eventually You will take it from me … and restore it to me in Time to Come …. Blessed are You, Hashem, Who restores souls to dead bodies….” (Morning prayers)

If one pays attention to the media, one will see various world leaders threatening Israel. They are serious about their intention to eliminate us from the face of the earth – G-d forbid – but they are making a mistake. They are undoubtedly more powerful than we and have the weapons to back up their threats, but that makes no difference. “Some [attacked us] with chariots and with horses, but we – in the Name of Hashem, our G-d – call out. They slumped and fell, but we arose and were invigorated.” (Tehillim 20)

This was the greatness of Dovid ha Melech, who went out to meet the enemies of Israel with the Name of Hashem on his lips. “Rabos machashavos b’lev ish … many stratagems are in man’s heart, but only the will of Hashem will prevail.” (Mishlei 19:21)

We have just completed the Yom Tov of Shavuos, the day on which Dovid ha Melech was born. Summer is upon us, the season during which the greatest calamities have befallen Am Yisroel. We are facing a world which is probably more dangerous than at any time since Creation. Never before was mankind in a position to destroy itself. Never before were there so many “loose cannons,” people without moral conscience who have the power to unleash great destruction. Nothing logical can save us. No army is strong enough.

Do we understand the holiness of Am Yisroel! Every Jew is filled with kedusha! Hashem says to the nations, “Do not dare to touch My anointed ones, and do no harm to My prophets.” (I Divrai Hayamim 16:22)

Dovid ha Melech said “ani s’filosi … I am prayer.” King David felt that he was constructed out of prayer.

Hashem, the Ruler of Heaven and Earth, has given us unique power. When we feel danger, we cry out to Hashem to save us. During our long Golus, we as a nation have faced extreme danger innumerable times. That is when we cry out to Him.

My friends, it is time to cry out to Hashem. Daven with tears! Call out and beg Hashem to save us! “Ana Hashem hoshia na … Please Hashem save now!”

The Gate of Tears is always open! May Hashem answer us on the day we call!

“May [the Children of Israel] be made exultant by the dew…. Bringing joy to valley and its herbage …. dew is a symbol of youthful promise. May it protect the generations. … The depths of the [earth] … yearn for His droplet and every lush meadow yearns for … dew.” (Prayer for Dew)

“Hear our voice, Hashem our G-d, pity and be compassionate to us. Accept … our prayer …. Do not turn us away empty-handed, for You hear the prayer of Your people Israel with compassion! Blessed are You, Hashem, Who hears prayer!” (Shemoneh Esreh)