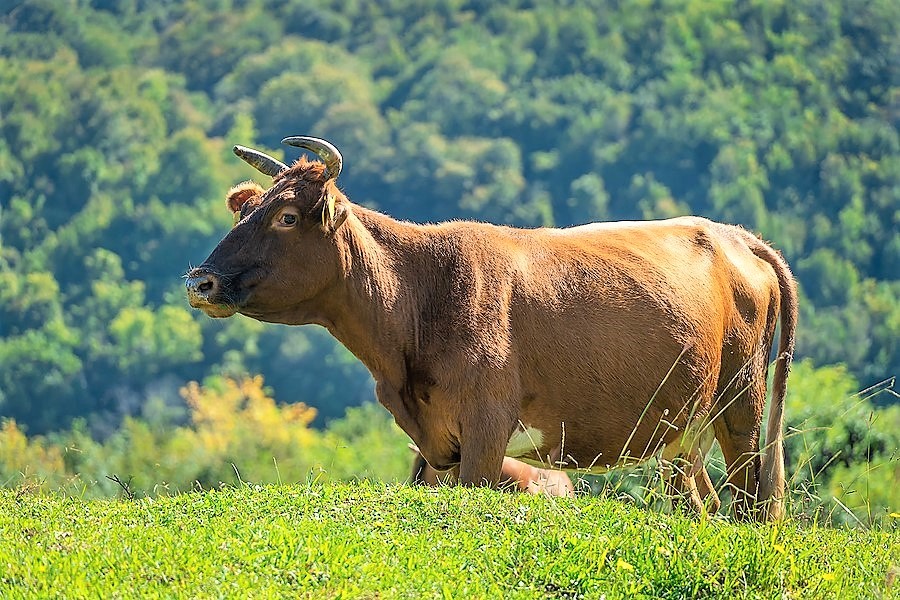 The second bracha is “techias hamaisim … resurrection of the dead.” The subject of techias hamaisim must be extremely significant if it is placed next to the bracha directed toward Hashem Himself. The fact is that techias hamaism is the cornerstone of our life. It separates us from all other nations as well as all animate and inanimate creations. Our entire life as Jews centers on the fact that our soul is eternal and that death is not the end of life.

The secret is that we know that we are eternal, both as individuals and as a nation.

“Then Hakadosh Baruch came and slew the malach ha mauves … the Angel of Death!”

That is how the Pesach Seder ends and that is how our life begins. We are beyond death!

This week, in chutz l’Aretz, Parshas Chukas is read. The Parah Adumah, the Red Heifer is considered the quintessential “chok,” a decree from Heaven whose rationale is mysterious to us. According to the Midrash (Bamidbar Rabbah 19) Moshe Rabbeinu was the only person able to comprehend the reason behind this mitzvah. Clearly, there is something about this mitzvah which sets it apart. Rabbi Samson Raphael Hirsch zt”l says, “Parah aduma is a clear proclamation of the idea of tahara, and tahara is none other than moral freedom on which the entire Torah depends.” (Rabbi Hirsch on Bamidbar 19:2)

That is a big statement. What does it mean?

I believe that “tahara” means purity of the soul, untainted by sin. Perhaps this level of existence was attained by Adam and Chava in Gan Eden before the chait and by Am Yisroel at Har Sinai before the various rebellions which clouded our ancestors’ souls. The opposite of tahara is tumah; tumah is what distances us from Hashem.

Is there any cure?

The ashes of the Parah Aduma were sprinkled on those who came in contact with death. Those are the only means of cleansing our soul. Right now we do not have them and we do not have means to attain tahara.

A great rosh yeshiva once told me, “I never ate steak in my life.”

The Parah Adumah is one big steak.

Am Yisroel is different from every nation. We strive for tahara.

Because we strive for tahara, we are able to live by the Torah, which is our ladder to closeness with Hashem. That ladder rests on the ground, where the Parah Adumah walks, but it ascends upwards toward Hashem. The rungs of the ladder are the steps through which our soul can liberate itself from slavery to the body. We leave the Parah Adumah behind.

That in fact is our entire purpose in this world: to become masters of our physical selves and thus approach close to Hashem. The rest of the world is obsessed with the Parah Adumah. Esav lost his share in eternity when he became obsessed with pouring that “red red stew” down his throat. (Beraishis 25:30)

The end of the parah adumah-lifestyle is dust and ashes. “Those who sit in darkness and the shadow of death, shackled in affliction and iron …” (Tehillim 107:10) By sprinkling the ashes of the parah adumah on ourselves, we undertake to separate ourselves from the lifestyle that ends in death, and to accept upon ourselves the eternal lifestyle of the Torah, which leads beyond death to eternity. Thus, Rabbi Hirsch can say that this mitzvah is the key to the entire Torah.

When the rosh yeshiva told me that he had never eaten a steak, he was telling me that he is living the lifestyle of one who wants to dwell with the Master of the Universe.

“Our sages of blessed memory stated that nine parah adumahs were prepared from the time that [the Jewish people] were commanded regarding this mitzvah… The first … was prepared by Moshe our Teacher, peace be upon him, and … The tenth [parah adumah] will be prepared by King Moshiach, may he be revealed speedily in our days!” (Sefer ha Chinuch, Mitzvah 397)

May we soon see the tenth red heifer, when the world returns to the state of perfection with which Hashem created it at the beginning of time!

Chait: sin
Chutz l’aretz: Outside the Land of Israel
Parah Adumah: The mitzvah of the red cow, through whose ashes we become pure
Schecht: Kosher slaughter of an animal