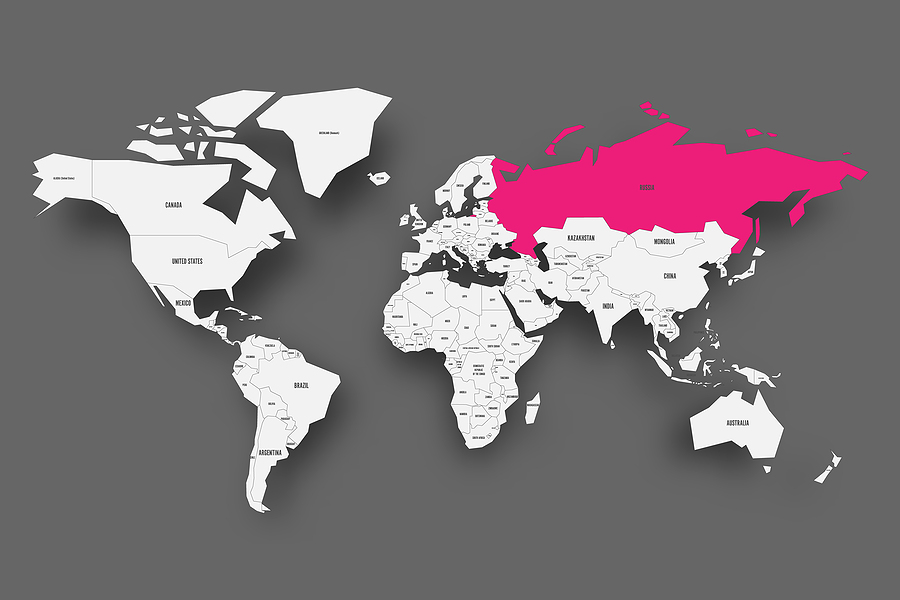 Let’s try to imagine what it was like for those trapped in Yerushalayim as destruction closed in around them. This perfect Land of Torah, this perfect Nation! Our ancestors had everything … yet they let it slip away, and now destruction was closing in like a giant claw.

The amazing fact is that, after two thousand years, we are still here.

We are the beneficiaries of endless miracles. Perhaps the greatest miracle in all of history is that – after all the indescribable, unbearable tortures that have been inflicted upon the Holy Nation of Israel, the unending hatred (yes, there have been a few breathing spaces, but not many), we are still here and we know that the Day of Redemption is near.

“Hashem said to me, ‘From the north the evil will be released upon all the inhabitants of the land ….’” (Yirmiah 1:13)

If you look at a world map, you will see that Russia dominates the north. Today Russia is a bubbling pot of trouble, with no apparent restraint upon its capacity for destruction. No one can tell Russia what to do. With ties to troublemakers all over the world, one cannot know exactly when this pot will explode, with its contents spewing evil in every direction.

There is one place to which evil is attracted more than any other.

“For behold,” says Hashem, “I am calling all the families of the kingdoms of the north … and they shall come and each of them shall place his throne at the entrance of Yerushalayim’s gates and by all its walls roundabout, and by all the cities of Yehuda….” (ibid 1:15) The world’s evil is attracted toward Yerushalayim like bees to honey. Evil is attracted to the Place of Purity.

This applies not only to the world in the days of Yirmiah ha Novi, but also to the world in our days. The Prophet is foretelling not only the destruction of the First and Second Temples, but, in addition, the entire scenario for the end of history, for “this prophesy refers to future tragedies as well. The Yalkut states that in Messianic times, Gog will invade from the north.” (Rabbi Dovid Feinstein zt”l on the Haftaras)

Another Novi speaks to Gog: “Surely on that day … when you [Gog] come from your place in the uttermost part of the north, you and many peoples with you … a vast horde, a mighty army and you advance against My people like a cloud covering the earth. It will be at the End of Days that I will bring you upon My land ….” (Yechezkel 38:14ff)

The Prophet tells us that all the nations will surround the Land of Israel in the Final Days of history. These will be the days when Hashem makes Himself known. As King David says, “When the wicked bloom like grass and all the doers of iniquity blossom, it is to destroy them until eternity.” (Tehillim 92)

The prophesy of Yirmiah ha Novi contained in this week’s Haftarah ends with these amazing and consoling words: “The word of Hashem came to me, saying, ‘Go and call out in the ears of Yerushalayim, saying: Thus said Hashem: I recall for you the kindness of your youth, the love of your nuptials, your following Me into the Wilderness, into an unsown land. Israel is holy to Hashem, the first of His crop. All who devour it will be held guilty. Evil shall come upon them … the word of Hashem.’” (Yirmiah 2:1-3)

Hashem is waiting for our teshuva!

May we see the Final Redemption soon in our days!

GLOSSARY
Gog: The kingdom which will attack Israel in the End of Days
Novi: Prophet
Teshuva: Repentance
Yechezkel: Ezekiel the Prophet
Yirmia: Jeremiah the Prophet